In an interview with Sinar Harian on Thursday, former prime minister Datuk Seri Najib Razak claimed he had a professional relationship with Jho Low and was unaware of the fugitive financier’s ostentatious lifestyle. He also said that Jho Low had duped Malaysia by siphoning billions of ringgit from state fund 1MDB. 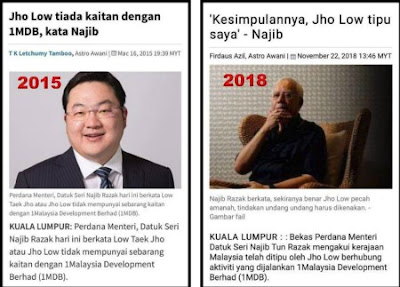 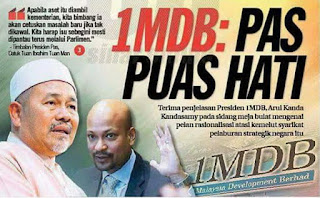 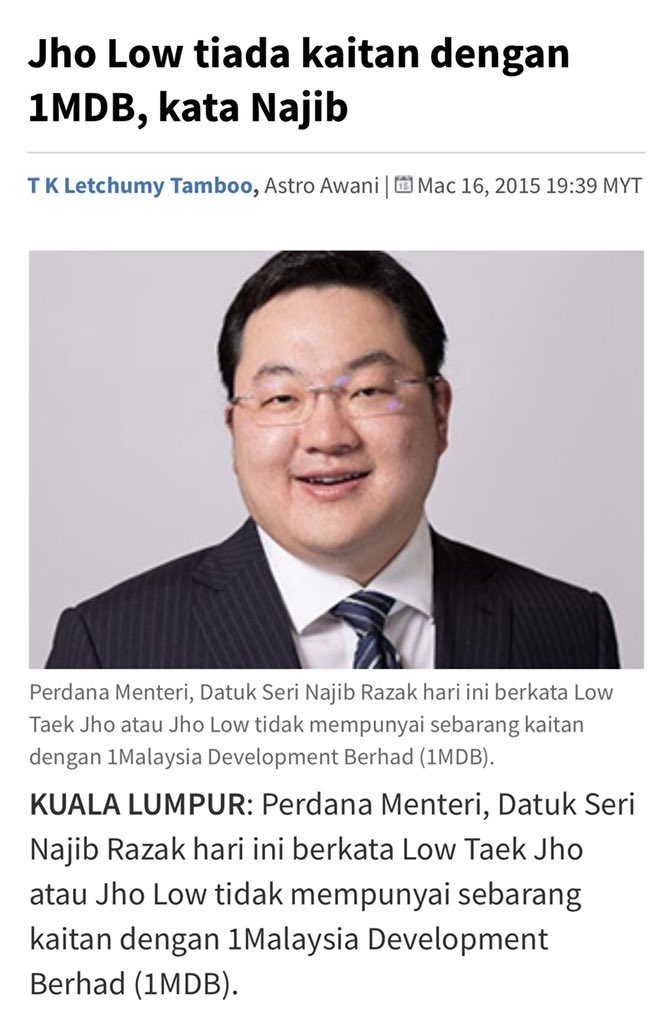 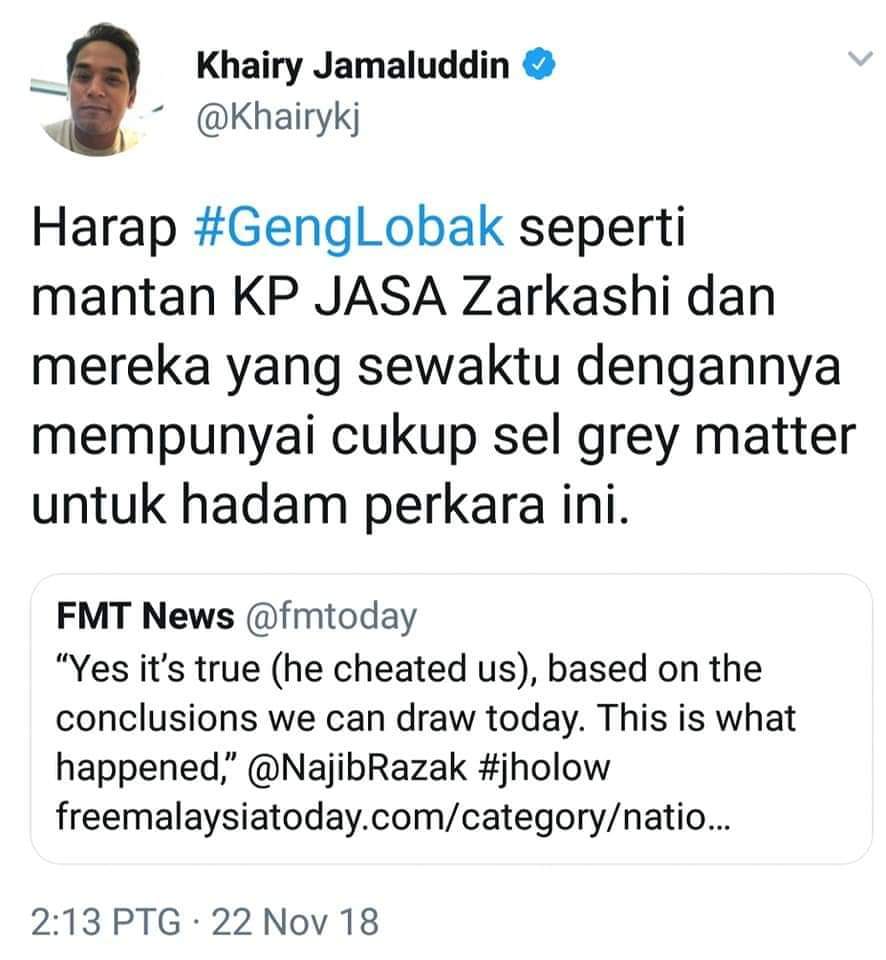 There goes the naked emperor,
Najib making a stupid fool of himself...

"Lim said Najib had “spearheaded an international façade and charade of an international conspiracy to topple him as prime minister of Malaysia making use of the 1MDB scandal, which he claimed until his interview today was a concoction and a lie.

“What would have happened if Najib had won the 14th general election on May 9, 2018? Najib would have completely isolated Malaysia from the world, claiming that there is an international conspiracy against him and Jho Low, and that he would not succumb to such international pressures.”

Ridiculing the admission, Lim asked whether anyone would believe Najib’s admission that his administration was cheated by Low, more widely known as Jho Low.

“It must be history’s most pathetic mea culpa, contrived and totally unconvincing, completely unable to evoke sympathy and understanding let alone pity,” he said in a statement.

Lim said Najib had “spearheaded an international façade and charade of an international conspiracy to topple him as prime minister of Malaysia making use of the 1MDB scandal, which he claimed until his interview today was a concoction and a lie.

“What would have happened if Najib had won the 14th general election on May 9, 2018? Najib would have completely isolated Malaysia from the world, claiming that there is an international conspiracy against him and Jho Low, and that he would not succumb to such international pressures.”

Lim asked if Najib’s statement meant that the former Barisan Nasional chairman was admitting that all the criminal charges which had been leveled against him in connection with the 1MDB scandal had substance.

“Is he going to plead guilty to all the criminal charges in connection with the 1MDB scandal?” - nst

Those using fake news to incite
racial tension must be taken to task...

"The Finance Minister said the group, which claims to "defend" Malays and Muslims against the "DAP race", had accused him of diverting RM200mil meant for Malay students under the government's MaGIC entrepreneur development programme to Chinese temples.

"They claimed I ordered that the money be given to Chinese temples.

"The group even claimed that monks visit my office everyday.

"These are malicious allegations. There is no truth in them," said Lim, who is also DAP secretary-general.

"This is very dangerous as they want to fan and incite (racial) sentiments so that more (people) will come on Dec 8 (for the anti-ICERD rally)."

He added that he will lodge a police report and take legal action against the coalition.

"There is no problem if the gathering is peaceful," he told reporters at Parliament lobby today (Nov 22).

Lim said the allegations have since gone viral and he was advised to seek legal redress on the matter.

"I advise them to show proof or retract the allegations and apologise.

Jho Low’s gone, but Malaysia is still paying
for his US$250m yacht Equanimity...

Even in hiding, disgraced financier Low Taek Jho is costing the Malaysian public dearly. His seized superyacht, the Equanimity, has cost Malaysian taxpayers RM3.5 million (US$835,000) – and counting – in maintenance costs, port services, crew and legal fees since it was seized by the government in August.

Finance Minister Lim Guan Eng disclosed the figure – which does not include costs incurred since October 10 – in an answer to a parliamentary question on Wednesday. He also said the government hopes to have sold the vessel “by the end of the year”.

The US$250 million yacht, which has a gym, spa, steam room and cinema, was allegedly bought with money stolen from the state fund 1Malaysia Development Berhad (1MDB). The government now plans to auction it off to recoup some of the many billions of ringgit that went missing.

It is currently docked in Langkawi, after being moved to keep it in good condition and prevent barnacles from attaching to its hull, according to Malaysian Prime Minister Mahathir Mohamad. The High Court of Malaya ruled in October that the Equanimity belonged to the Malaysian government and 1MDB, after its registered owner failed to appear in court to claim it. 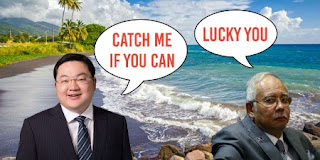 Soon after, the Admiralty Court approved the terms and conditions for the bidding process for the vessel to run from late October until November 28. Interested buyers must pay a deposit of US$1 million just to take part in the auction.

The Equanimity is one of many lavish purchases made by Low – commonly referred to as Jho Low. Investigators claim he also bought jewellery; diamonds; paintings by Monet, Picasso and Basquiat; and luxury properties with the misappropriated funds. He also threw parties featuring star-studded guest lists that included Britney Spears and Jamie Foxx, among others.

Low’s current whereabouts are unknown, though Interpol has appealed for his arrest and Mahathir has suggested he believes Low is hiding in China. Even so, he has recently been “spotted” in the upmarket suburb of Bangsar in the Malaysian capital of Kuala Lumpur.

Sadly for Interpol – and various other authorities who want him arrested – Low’s appearance is limited to a cartoonish likeness on a variety of Christmas-themed merchandise, including mugs, T-shirts, activity books and drinks coasters.

Sold by lifestyle and gift shop APOM (A Piece of Malaysia) Store, the items all feature a character resembling Low in a Santa hat, with slogans such as “Spend it like you stole it” and “Jho Jho Jho! Tis the season of giving … back”.

There is also a dedicated “Finding Jholly” activity book – riffing off the popular puzzle books Where’s Wally – in which readers must spot Low’s likeness in a busy scene. However, in this version, rather than Wally’s red-and-black outfit, the elusive figure is dressed in black-and-white prison stripes.

It is unclear whether Low is aware of the kitschy merchandise flying off the shelves. Apom Store’s website indicates that it has already sold out its “Spending it like I stole it” tote bags and “Jho! Jho! Jho!” Christmas greeting cards.

Low, who is accused of masterminding the 1MDB scandal and is wanted by Singapore and Malaysia, has persistently claimed innocence. Recently he posted an open letter on his website that accused unspecified jurisdictions of being “poisoned by gossip, innuendo, and unproven allegations”. In the same letter, Low complained he had been “paraded in effigy through the streets of Kuala Lumpur”. However, the financier has remained quiet on having his likeness put on T-shirts and mugs.

“We try to be witty and topical; and capture the sentiments of the people in a humorous, satirical or ironic light,” said Long, describing the idea as a “eureka moment”.

“Malaysians don’t like him. We as Malaysians are making fun of him ... the situation the nation is in is terrible, so hopefully we can keep our spirits up Malaysian-style and also laugh at it just a little.” - scmp 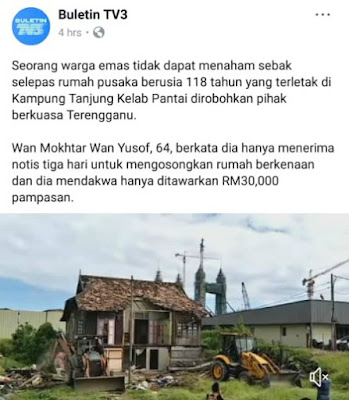 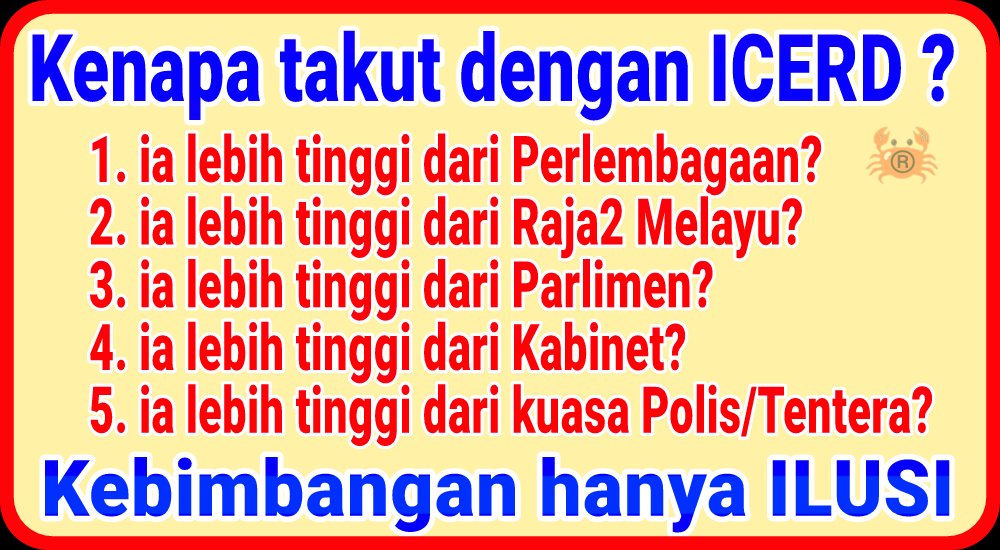