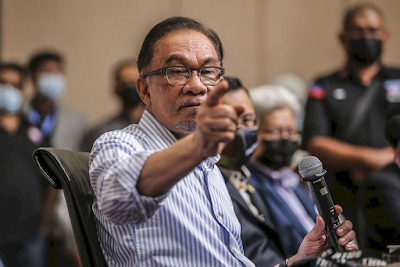 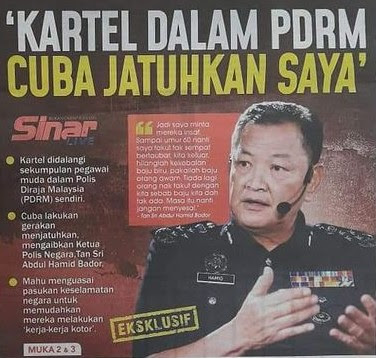 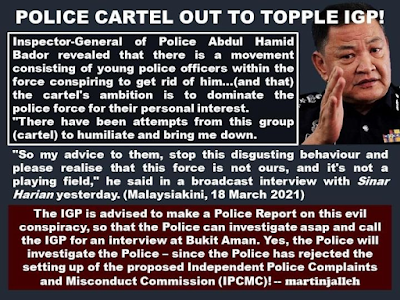 What a frightening confession from the IGP himself. It is both illegal and treacherous for his own subordinates to undermine the post of the nation's police chief. It looks like he knows who they are, so will the IGP make a Police Report? - Ganason Nadason 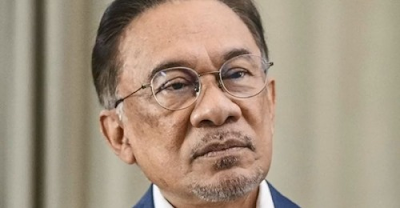 Anwar's dilemma: Should I stay
or should I go?...
The beleaguered Opposition Leader, Anwar Ibrahim, has lost his mind. He risks undermining public confidence and trust in PKR and more importantly, in Harapan. He is mulling over a possible partnership with Umno-Baru for GE15.
At a press conference on 16 March, Anwar claimed that talks about working together were at a very early stage. Why is he even contemplating this partnership? Is he testing the waters and gauging public reaction? Has he consulted his coalition partners, DAP and Amanah?
Being partners with the corrupt Umno-Baru is a betrayal of the trust and hopes of the Malaysian rakyat which voted Harapan into power, in GE-14 in 2018. The rakyat, which is long suffering and normally resistant to change, summoned the courage to reject 63 years of one-party rule and give Harapan a chance to lead Malaysia. Why wreck Harapan's chances in GE15?
One cannot decide if Anwar is a stickler for punishment, has a bad memory, is an optimist, or he is just plain stupid? Umno-Baru sent him to prison, on two separate occasions, on charges of sodomy. Last year, Umno-Baru said it would support Harapan in opposing PN's budget 2021 and also told Anwar that with their support, he would have the numbers to force a vote of no-confidence against Muhyiddin Yassin. Umno-Baru reneged on both, and played Anwar for a fool.
The rakyat wants politicians and leaders with integrity and principles. Anwar gives the impression that he has neither, who is prepared to work with his former nemesis, Umno-Baru. Or is he doing this to satisfy his insatiable desire to be prime minister?
After his release from prison, one of the red-flags which made some of us question his behavior was the forced by-election in Port Dickson. He thought this would edge him closer to becoming PM. It did not because the then PM, Dr Mahathir Mohamad, had other plans. Moreover, the Harapan supporters were displeased with Anwar's sly move.
Anwar will be disappointed again, if he thinks that the power-hungry and ambitious senior politicians in Umno-Baru will allow him to be PM. Umno-Baru leaders will claim that they have a greater need for power, as many of them face trial for CBT and corruption. They have very good reason to reject Anwar, once he has helped them achieve their goals.
Umno-Baru politicians once denied that their previous leaders were corrupt. Why should they suddenly stand for clean politics? PKR does not need Umno-Baru, but Umno-Baru needs PKR. Anwar appears to have neglected this fact.
PAS is now Muhyiddin Yassin's reliable ally and Umno-Baru has been pushed to the sidelines. They are desperate to be in the driving seat again, but they are not making any headway in Putrajaya. Perhaps, in GE15, PKR/Harapan can come to their rescue again, as in Perak.
Similarly, Anwar thinks he can use Umno-Baru's 3.4 million members to attract more Malay voters. So, what does that say about him and this partnership? Neither Anwar nor Umno-Baru are working for the good of the rakyat. Both have personal and selfish reasons, which do not include good governance, democracy or eradicating corruption. 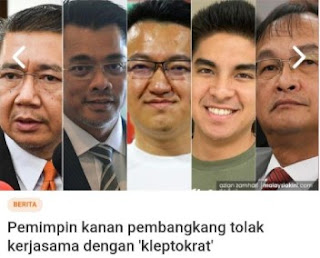 PKR has seen several defections, since GE14. Men and women with no integrity were enticed to cross-over with promises of money, position and perks. The defections also reveal Anwar's poor leadership qualities, and the lack of party discipline and teamwork. Possible defectors were not watched and told to leave. Men and women of low integrity were allowed to hold positions of power.
Remember how people of questionable character, like his former aide, Saiful Bukhari-Azlan, worked closely with Anwar? Was he fully vetted? In the end, Saiful was responsible for Anwar's imprisonment on charges of sodomy. Another of Anwar's flaws, is his poor judgment of character.
The only good thing from the defections is that it should make the task of cleaning up PKR easier for Anwar. A smaller party is easier to manage. Instead of making his party more lean and mean, and subject its members to strict discipline and rules, Anwar is toying with the idea of inviting corrupt Umno-Baru to be its partner. Is Anwar delusional?
With friends like Anwar, neither DAP nor Amanah need any other enemies. Amanah's communications director, Khalid Abdul Samad, advised Harapan not to work with its traditional enemy, Umno-Baru, which he said is synonymous with racism, corruption, and power abuse. Will Anwar listen?
Anwar is no leader. He failed to learn his lessons, even after Umno-Baru failed him in the past. Perhaps, it is time that both PKR and Harapan identify a new leader, or start grooming one from within their ranks. Only one question needs to be asked. "Should Anwar stay, or should he leave?" - Mariam Mokhtar 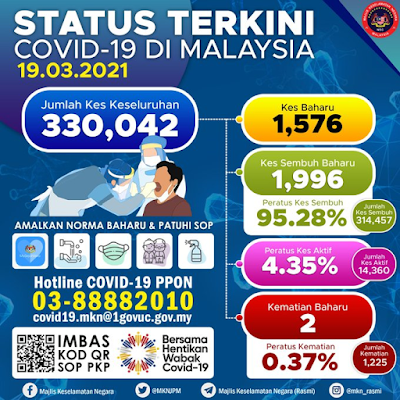