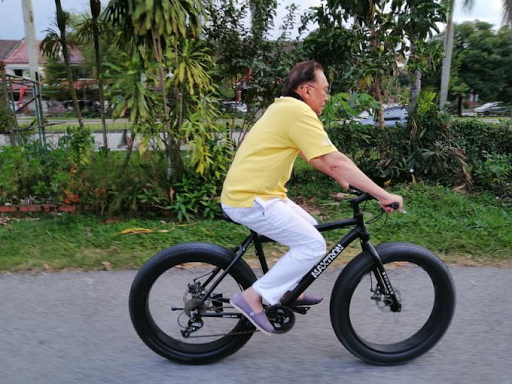 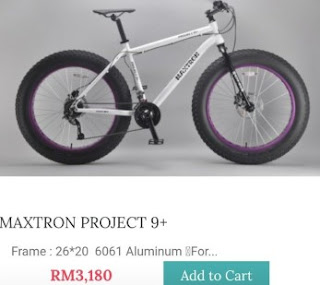 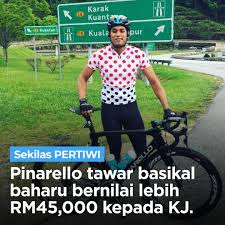 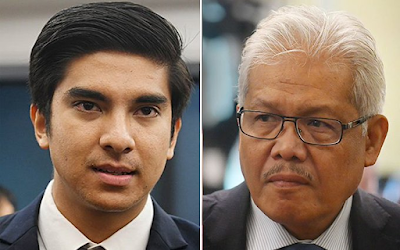 Syed Saddiq nails Home Minister in affidavit...
In an explosive claim in a court affidavit, Muar MP Syed Saddiq Syed Abdul Rahman revealed that home minister Hamzah Zainudin had “enticed” him to support the government if he wanted his new party Muda’s registration to be approved.
The former youth and sports minister said this happened in the Dewan Rakyat during the Budget session when he brought up the matter with Hamzah since the Registrar of Societies (RoS) came under his purview. “He told me that I had never voted in support of government bills as an MP,” Syed Saddiq said in his affidavit in support of obtaining leave for a judicial review application over the refusal of the RoS to register Muda.
Syed Saddiq said the minister went on to say that even if he opposed government bills, he should stay away from the Dewan Rakyat when voting took place. “I was shocked. I replied that I cannot abdicate my duty as an MP and will always vote in accordance with my conscience and the interest of my constituents,” he said in the affidavit sighted by FMT.
Syed Saddiq said he met Hamzah at his office in the Parliament building on Nov 3 last year at about 10.45am to discuss Muda’s registration. Upon enquiry of the status, Hamzah said he had not received any letter from him (Syed Saddiq) appealing for assistance.
He claimed Hamzah told him that the official route for registration was insufficient and that it was necessary for him to write to the minister directly. Syed Saddiq submitted a letter to Hamzah on the same day, giving him the background of the matter and requesting for assistance to expedite Muda’s registration. 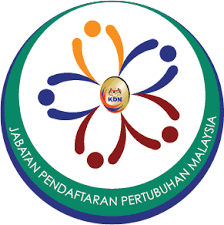 On Nov 10, he said the minister’s political secretary informed him that he had forwarded the Nov 3 letter to the RoS with a note to look into the matter. Syed Saddiq said on Dec 13, he again communicated with Hamzah on the status of the registration but the minister said: “I should commit to the prime minister and again reminded me that I had been voting against the government.”
At that time, MPs were scheduled to vote on the 2021 Budget on Dec 15 and there was much uncertainty, tension and anxiety. A failure to pass the budget would be tantamount to a loss of confidence in Prime Minister Muhyiddin Yassin and which could have led to his resignation.
Earlier this month, Muda’s 13 sponsors led by Syed Saddiq filed the leave application to quash the RoS and the minister’s refusal to register the party. They also want to compel the RoS to register Muda as a political party within seven days of a court order.
The leave application is scheduled to be heard via a virtual hearing before judge Mariana Yahya tomorrow (Monday) and FMT understands that the Attorney-General’s Chambers (AGC) would be raising a preliminary objection.
The AGC said it was premature for Muda to seek legal remedy as it had yet to exhaust an appeal to the minister within 30 days after the RoS had first rejected the application. On Jan 6, the RoS rejected the registration without giving any specific reason. Muda filed its application to register the party on Sept 17 and submitted its revised constitution on Oct 6. - fmt 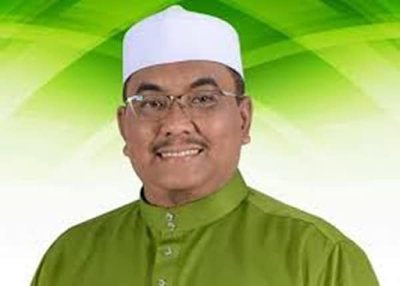 Arrogant and Racist PAS Tells Indian Hindus
To Fly Kites, Don’t Need Their Votes...
UMNO warlord Johari Abdul Ghani, a former finance minister, arrogantly said in 2010 that minorities Chinese and Indian votes were not needed for his party to win the general election. The former Titiwangsa MP once said – “We just want Malay votes. There is no need for Chinese or Indian votes.” In short, the ethnics Chinese and Indians can go fly kites for all UMNO cares.
His arrogance indirectly caused UMNO-led Barisan Nasional coalition to lose popular votes for the first time in history in the 2013 General Election. It only won 47.38% of total votes. Johari himself barely survived and won by razor-thin 866-majority votes in Titiwangsa constituency. Of course, he lost the seat in the subsequent 2018 General Election.
It was only after he lost that Mr Johari finally realized his mistake for offending the non-Malays. Lecturing his fellow colleagues, he said in 2018 – “They can take pride in winning in their respective constituencies, but their statements which offended the non-Malays led to many of their comrades in UMNO and Barisan Nasional paying the price in urban areas.”
UMNO won the battle but lost the war. The United Malays National Organization won all its racist battles against ethnics Chinese and Indians. Even after it lost its popular votes in 2013, UMNO continued its arrogance and racism policies against the minorities. In 2018, UMNO was defeated – stunningly lost power for the first time in 61 years since independence in 1957.
Today, another short-sighted idiot follows Johari’s footstep. Kedah Menteri Besar (Chief Minister) Muhammad Sanusi (above) arrogantly said his PAS Islamist party does not need the Indian Hindus’ votes after Malaysian Indian Congress (MIC) threatened to not support PAS in the next 15th General Election. Essentially, PAS was telling the ethnic Indian to fly kites for all the Islamist party cares.
Amusingly, both MIC and PAS are part of the backdoor Perikatan Nasional government, which is no longer legitimate after losing its simple majority support in the Parliament but illegitimately and shamelessly clings to power by declaring an emergency rule. At the centre of the problem is PAS warlord Muhammad Sanusi’s extraordinary hatred for the Indian community.
Apparently, Sanusi had unilaterally announced the cancellation of Thaipusam, declaring that there would be no public holiday for the religious festival due to MCO lockdown. It immediately triggered criticisms because unlike the state of Kedah, other states still maintain Thaipusam as a “public holiday”, even though a nationwide celebration is cancelled due to Covid-19 pandemic. 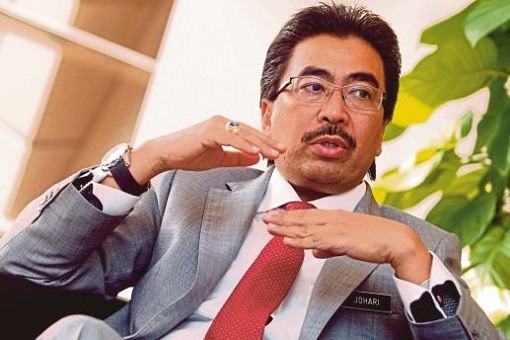 UMNO Warlord Johari Abdul Ghani
The insensitive and racist Kedah chief minister has argued that since the Thaipusam celebrations are cancelled, the public holiday is also cancelled. The simpleton Sanusi’s illogical argument could not be accepted because he deliberately refuses to recognize that celebrations can still be done at home or privately even if it cannot be done in public or on the street.
Going by his twisted logic, must the public holiday for Hari Raya Haji (Eid Al-Adha) be cancelled if the celebrations for the Muslim festival have to be cancelled due to the Coronavirus? He didn’t seem to understand, or pretends not to understand, that cancelling the celebration and cancelling the public holiday are two different things altogether.
Not only the Indian community is furious with the PAS Islamist party’s disrespect – even bullying – of the rights of minorities in Malaysia, but it has also attracted displeasure from the Chinese community. If today, PAS can disrespect the celebrations, traditions and cultures of the Hindus, the racist and extremist Islamist party can do the same to the ethnic Chinese.
It appears that PAS is on a mission to “Talibanize” the multi-ethnic and multicultural Malaysia into an extreme and radical country that would adopt violent instead of moderate Islamic values. Currently drunk with power, whatever the Islamist party does not like about the minority non-Malays, they would bully and intimidate by taking away their rights.
It’s not an exaggeration to suggest that PAS is worse than UMNO. Despite a corrupt and racist party, at least UMNO had not plunged to a level as radical as cancelling Thaipusam public holidays. But under Muhyiddin regime, the country increasingly becoming very obsessed with getting rid of whatever remains of second-class citizens’ culture and rights.
MIC, a component party of Barisan Nasional, is supposed to represent the Malaysian Indian community. The cancellation of the Thaipusam public holiday is indeed a slap in the face of MIC. Strangely, despite being humiliated by PAS, not a single UMNO-Malay minister has come out to defend their little brother MIC, making the Malaysian Indian Congress look like a pariah.
This is not the first time that the anti-Hindu Kedah chief minister has bullied the ethnic Indians. The PAS state government had previously demolished two Hindu temples. But when criticised, the PAS leader chose to mock and insult the Indian community instead, telling the minority ethnic group that they should not be “drunk on the toddy”. 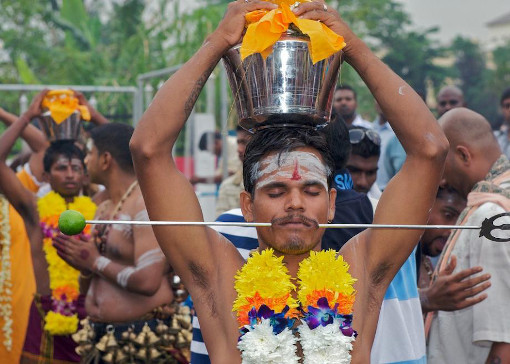 Malaysia Thaipusam
It’s not hard to understand why even a low-ranking warlord like Muhammad Sanusi, who took over as Kedah state leader from Mukhriz Mahathir last year, has been so daring in humiliating MIC leaders. After the 2018 General Election, the Malaysian Indian Congress is reduced to only 2 seats in the Parliament – its worst performance since the party was established in 1946.
It was already bad that MIC, a minor component party of the Barisan Nasional, has consistently been fed with crumbs from the once powerful UMNO table. It’s now worse that MIC is being told publicly by PAS, a minor partner of the “Malay government” of Perikatan Nasional, to have the dignity of not relying on non-Indians votes to win seats in the next election.
Yes, Sanusi might be arrogant and racist, but MIC leaders like its president SA Vigneswaran and deputy president M Saravanan deserved to be humiliated for not having the dignity to pull out of the backdoor government. To make matters worse, Prime Minister Muhyiddin Yassin did not even care to calm the situation, but allows both PAS and MIC to play the racial and religious cards.
Like it or not, it’s true when the Kedah chief minister said the disgraced MIC could not even attract Indians’ support, let alone telling the community to support PAS. However, karma is a bitch. While up to 95% of Chinese voters had voted for opposition Pakatan Harapan, about 70% to 75% of Indians voted for the same coalition, allowing it to win in 2018 before losing it after 22 months later through betrayal.
As the political landscape becomes extremely volatile, it’s not cast in stone that the current Perikatan Nasional will stay intact and will not disintegrate before the next election, paving a way for three-cornered contests again. What happens if bitter rivals Barisan Nasional and Pakatan Harapan somehow decide to join forces to topple Perikatan Nasional, forcing PAS to choose sides?
Unless PAS is absolutely sure it will partner with PM Muhyiddin’s party PPBM (Bersatu) come rain or shine, which the Islamist party will most likely not, it’s silly to burn the bridge with Indian voters over petty matters like Thaipusam holiday. It may not sound a lot, but a swing of 10% of Chinese or Indian votes can make the difference between a victory and a defeat in a three-cornered fight.
PAS is incredibly arrogant today largely because the fake holy men thought all the three biggest Malay political parties – UMNO, PPBM and PAS – will stay united forever, hence will capture 99% of Malay votes. That equation, unfortunately, will change if UMNO quits the coalition. More importantly, PAS’ Taliban behaviour pushes ethnic Chinese and Indian with no choice but to support the opposition. - FT 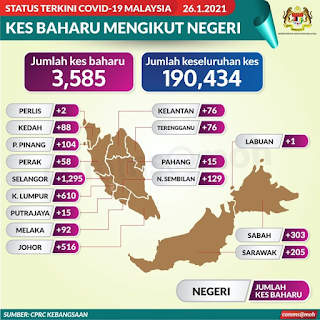 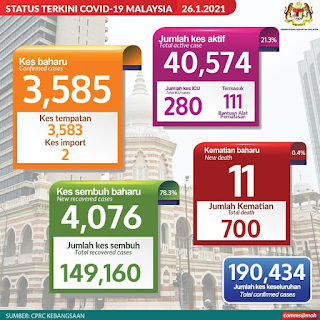