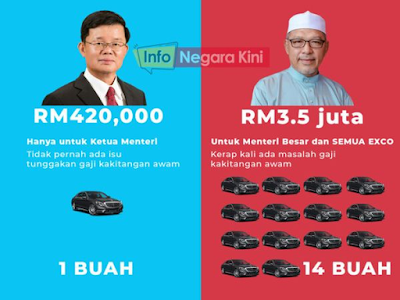 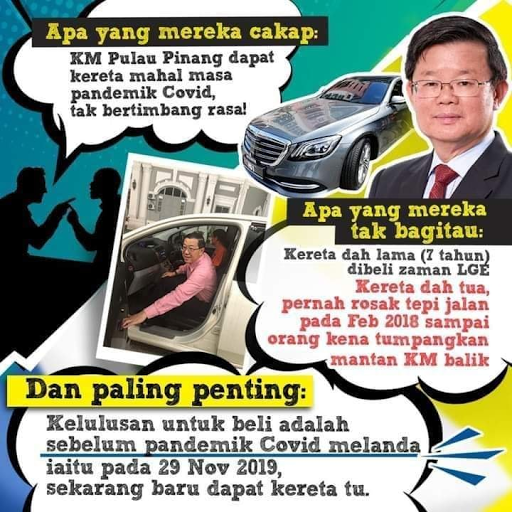 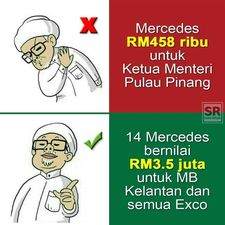 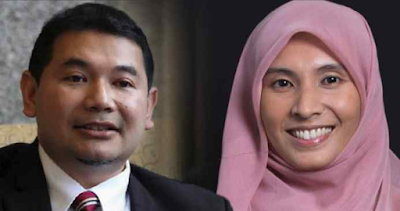 Who do we want to run the country?...
1. In my weekly article in the Sinar Harian newspaper below, I talked about the political quagmire that we are in. It appears that we are rudderless, leading to many of us wondering who is really running the country.
2. Our political leaders are no longer providing the kind of leadership that we can trust. The news media had recently quoted Dr Mahathir Mohamad as saying that he no longer believe in Anwar. Anwar, on his part, said almost the same thing about Dr Mahathir.
3. Likewise some people don't believe Dr Mahathir while others don't trust Anwar and as many reject Muhyiddin Mohd Yassin.
4. Before the 2018 General Election, Dr Mahathir had said if he was allowed to lead the Pakatan Harapan, he would take it to victory and he did. Anwar had said at least twice that he had the majority to topple the government - once in September 2008 and more recently on last Sept. 23. But he remains the Opposition Leader. 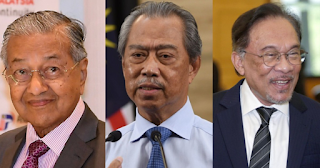 The Oldies...
5. Dr Mahathir said he could bring Malay votes to the PH but Anwar's supporters said, no way Jose. They are through with him.
6. Dr Mahathir, Anwar and a lot of people don't want Muhyiddin but his backdoor government has been in power for 10 months now.
7. Since many people say they don't want Dr Mahathir to come back while Anwar hasn't yet been able to use his "strong, formidable and convincing" majority to become Prime Minister and Muhyiddin could very have lost his mysterious majority, who do we then want to run the country?
8. The "supremely clever" Umno and Barisan Nasional Secretary General, Ahmad Maslan, said a fresh election could be held irrespective of the exploding Covid-19 cases. His boss, Ahmad Zahid Hamidi, had said about the same thing. But I don't think the people much care about what they say.
Utterly disgusting,nak termuntah!!!
9. Now Dr Mahathir said Muhyiddin has to resign as his government is fragile. But who would replace him and be generally accepted?
10. I am tempted to suggest that between now and the next GE we take time off from politics. We have been living next door to Alice for too long a time. Since Alice doesn't seem like wanting to leave, let's take a hiatus from her. We forsake party politics.
11. Instead of a politician, we appoint a non-politician, say a retired Federal Court judge, as interim Prime Minister until fresh election is held. The Cabinet can be made up of a mixture of politicians, retired civil servants, academicians, community leaders, NGO activists, thinkers and so on.
12. It may sound crazy but then again, the situation we are now in isn't exactly sane. - a.kadir jasin 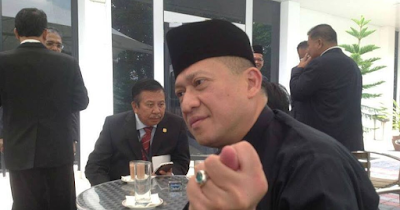 According to Nazri Aziz... 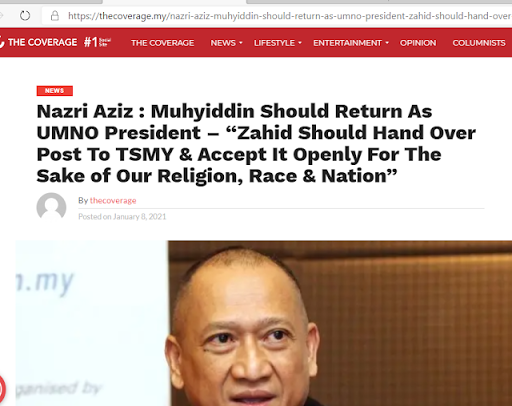 1. UMNO wants Muhyiddin to come back to UMNO as President...
According to Nazri, all UMNO members and leaders should be open and accept Muhyiddin to rejoin the party. He said that with Muhyiddin’s return to UMNO, many problems could be resolved including the segregation of seats between UMNO and PAS.
“Muhyiddin did not leave us (UMNO) but was sacked and if he returns, his contribution would be immense for bringing back the prime minister’s position to UMNO. “The question of what happens to the (current) UMNO president should not arise because what’s important is the party, we have to accept it with open arms,” he told Astro AWANI.
Nazri suggested that if Muhyiddin returned to UMNO, the party’s presidential position should also be handed over to the Pagoh MP. He argues that traditionally the prime minister is the president of UMNO and that party leaders and members should accept it openly. 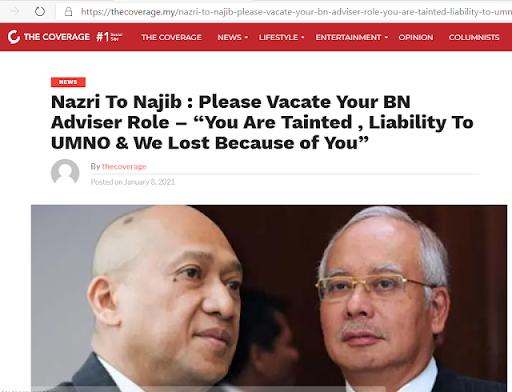 2. Nazri To Najib : Please get lost...
Speaking to Malay Mail, Nazri also requested that Najib vacate his new role as Barisan Nasional’s (BN) adviser, saying that the latter’s comeback is not in the best interests of the party.
The former tourism minister also deemed his former party boss a liability. “I also feel that he is not acting in the interest of the party, by coming back to be active in BN, because he is tainted, and he is being charged with so many charges in court which makes him a liability to the party, and by opposing this, I’m working in the interest of the party,” Nazri said.
Nazri also sought to answer Najib’s criticism of the former’s leadership when the duo were both in BN, seeking to clarify several accusations, including that of him opposing the cooperation between Umno and PAS. He admitted that while he had opposed the cooperation before, he is in full support of it now, after realising his mistake.
Datuk Seri Nazri Aziz distanced himself today from Barisan Nasional (BN) leaders’ appointment of Datuk Seri Najib Razak to chair the coalition’s advisory board.Considered a loyalist when Najib was prime minister, the Padang Rengas MP expressed scepticism that the appointment would make the BN great again.
“We lost under whom? What kind of advice can he give us? “Zahid, Najib and Tengku Adnan signed that letter. They are all being charged in court,” Nazri told reporters in Parliament when asked his comment on the Pekan MP’s appointment. Nazri’s criticism was directed towards two others, Umno president Datuk Seri Zahid Hamidi and treasurer Datuk Seri Tengku Adnan Tangku Mansor, who are also facing court cases. 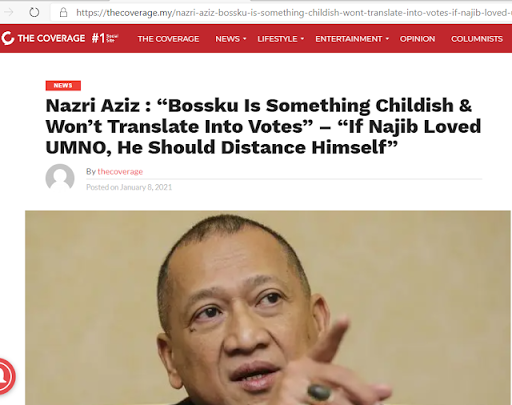 3.  Bossku is childish...
Nazri Abdul Aziz has challenged the Umno leadership to sack him and others who have criticised former prime minister Najib Abdul Razak’s appointment as BN’s adviser if it is unhappy with such comments. Nazri reminded Umno about its previous decision to act against then Umno deputy president Muhyiddin Yassin and then Umno vice-president Shafie Apdal in 2016, who went on to form their own parties and helped end BN’s 61 years in power.
“They cast out Shafie Apdal and Muhyiddin Yassin. We thought they had no influence, but looked what happened,” he told a press conference after the Padang Rengas Umno division meeting in Perak.Muhyiddin and Shafie faced action after they questioned Najib, who was at the time the Umno president, over allegations of grand corruption.
Muhyiddin, with the help of former Umno leaders, formed Bersatu which together with its Harapan partners captured federal power, while Shafie formed Warisan which, together with Harapan, formed the Sabah government. Following the change of government, Najib (photo) is now facing 42 charges of money laundering, criminal breach of trust and abuse of power. 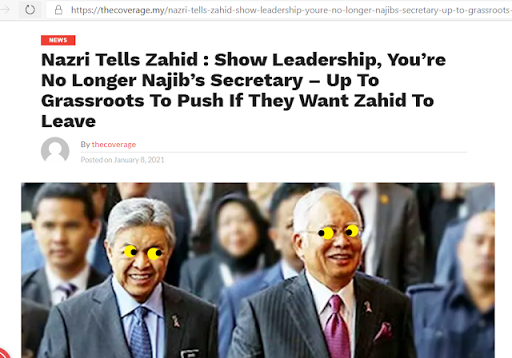 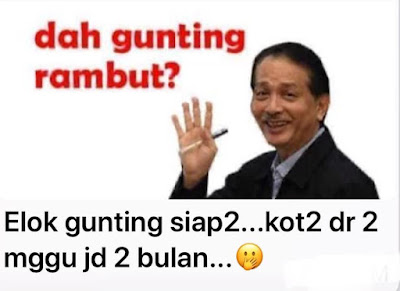 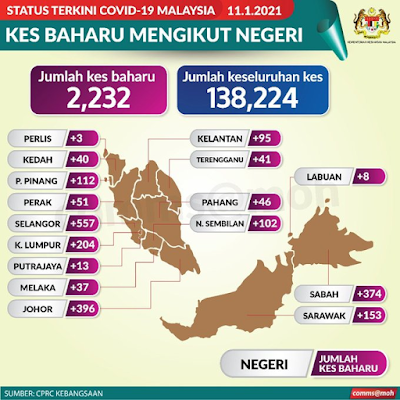 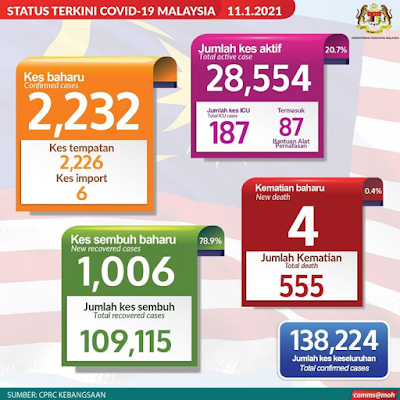