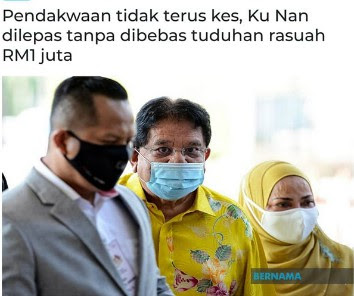 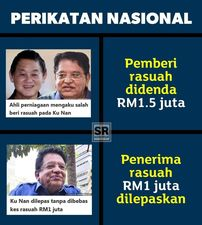 Hari ini rasuah telah membuktikan bahawa perbuatan ini tak pernah salah di mata rakyat yang hanya mencuri 1 tin ikan sardine. Jadi aku takkan terkejut kalu Najib dan Rosmah pun bakal walk free laughing and smiling. The crooks are going to roam free under PN government. This is already very clear. - dr.ts
The Malaysian Bar has urged the Attorney-General’s Chambers to provide details of the reasoning behind the prosecution’s withdrawal of its case against former federal territories minister Tengku Adnan Mansor.
Tengku Adnan, accused of a RM1 million corruption case, was granted a conditional discharge when the prosecution said it did not wish to proceed because of “new developments”, later revealed to be a fresh investigation into complaints against a witness.
Malaysian Bar president Salim Bashir said the public prosecutor must provide valid reasons for his decision. “It is also very concerning that no time frame on further investigating this ‘new development’ has been provided,” he said. He said the public had the right to know the detailed explanation behind the withdrawal of charges in matters of public interest. - fmt
A touchstone for Umno
and DAP to collaborate...
Without collaboration from DAP, Umno is unable to oust Perak menteri besar Ahmad Faizal Azumu. Umno has 25 seats in the state assembly while DAP 16. Other parties such as PKR, Amanah, PAS and PPBM are the minorities. The latest development has upended the norm of politics in Malaysia.
For so many years Umno and DAP have been at loggerheads, with each painting the other as evil. This time, DAP and Umno actually work together! Many can't believe this, including Ahmad Faizal himself.
An MB from PPBM, let's take a look at Ahmad Faizal's background. He comes from an Umno family. His father was an Umno divisional chairman and was a senator for two terms. Ahamad Faizah himself is not an outstanding person. He did not complete his studies in Australia. He was in Umno for a long time but never got a chance to be of any importance.
When Liow Tiong Lai was the health minister, he was appointed a special assistant to Liow. And when Dr Mahathir Mohamad's son Mukhriz became the Kedah menteri besar, he left Liow to join Mukhriz. When Dr Mahathir and his son left Umno to form PPBM, he joined them and was given a chance to contest in Perak. He won the Chenderiang state seat with a very slim majority of only 39 votes, the smallest majority in the country, to defeat his opponent from MCA. He was damned lucky.
When Pakatan Harapan won Perak, Ahmad Faizal was the only elected rep from PPBM (several Umno state assemblymen joined the party later). He was lucky for the second time as DAP, which won a total of 18 seats, gave the MB position to PPBM, which only had a single seat in the state. Ahmad Faizal was the only elected representative from PPBM. Of course, he became the only candidate to be menteri besar! 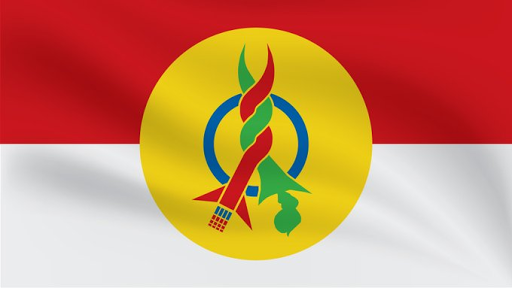 After the PH government collapsed, Ahmad Faizal was the sole survivor who managed to keep his MB post when he crossed over from PH to Perikatan Nasional. He may not be a very capable man, but is easy going. Despite his `colorful' private life, he does not have any bad record in politics.
However, PPBM is a minority while Umno the majority in Perak. Umno is vying for the MB position and continues to exert pressure. In order to protect himself, Ahmad Faizal was trying to garner support from Umno, those who were not in the mainstream, to be with him. He shot himself in the foot when he appointed Pengkalan Hulu state assemblyman Aznel Ibrahim from Umno as his political secretary, offering Perak Umno a reason to topple him.
When Umno tabled a confidence motion on the MB in the state assembly, Ahmad Faizal knew the motive was to oust him, but he did not take the matter seriously. He knew a total of 30 votes would be required to oust him and Umno only had 25 votes.
He did not expect the 16 votes from DAP, five from Amanah and three from PKR would be joining Umno. Later, he lamented: "I had not expected DAP to support Umno."
In politics, the most unexpected incident could take place, so long as the criteria match the interest of both sides. Umno's motive to topple Ahmad Faizal is obvious. But what is DAP's? Are the political differences between DAP and Ahmad Faizal greater than that between DAP and Umno? Are the grudges between DAP and Ahmad Faizal greater than that between DAP and Umno? 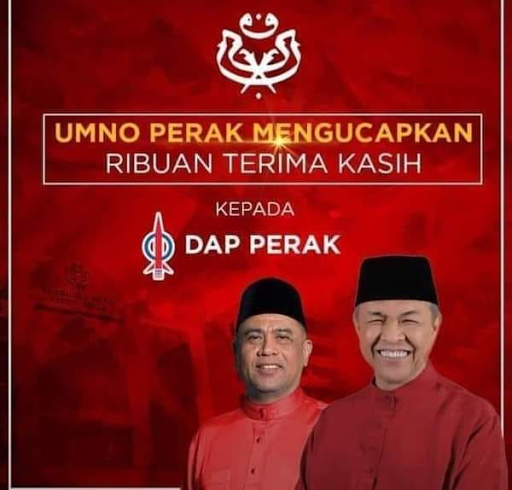 The answer is no, definitely. Ahmad Faizal is an easy going man without a strong identity. In racial and religious matters, he is also not a hardliner. He should be the most acceptable type for DAP! After Ahmad Faizal's departure, the MB post will very likely go to Umno. DAP will be facing an even tougher opponent. If this is the case, then why is DAP willing to work with Umno?
As the state DAP leadership is still immersed in a euphoria, I do not hear a valid reason from them. If they have not been infected with 'collective political coronavirus' which changes their normal way of thinking, then they must have done so on the spur of the moment.
Then, the action this time round is an experiment for collaboration between Umno and DAP. If the joint action between Umno and DAP is successful in overturning the PN state government in Perak, then the two parties may even collaborate to topple the Muhyiddin-led federal government, as well as other state governments under PN
Some of the PH elected representatives are saying the chain effect will be extended from state to the federal level. By duplicating this strategy, the combination is capable of ruining PN and Muhyiddin Yassin easily. Other political parties such as PPBM and PKR will be rendered powerless. 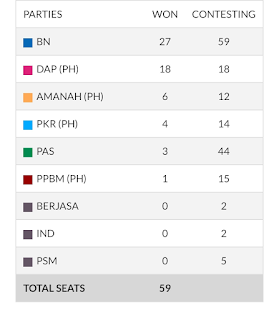 One can be even bold enough to predict that as long as Umno and DAP are working together, they will win the next GE as both parties are supported by the Malays and Chinese respectively. Of course, many would also worry that such collaboration will not be well received by the supporters of Umno and DAP. But bear in mind that DAP and PAS used to be in an alliance prior to this, and DAP also worked with Mahathir. Was DAP embracing the devils? They nonetheless still received tremendous support from their supporters.
The key lies with the ability to tell a good story. As long as the story is convincing and more attractive than the story of a thousand and one nights, it will win the hearts of the supporters. Principle is just part of the ingredient for the story. Perak Umno did not seek approval from Umno supreme council before tabling the confidence motion. It did not notify BN, too. But Perak Umno is controlled by the Zahid-Najib faction. Was there a pair of hands behind all this?
The Perak incident has aggravated the rift between Umno and PPBM. Both parties can no longer trust each other any more. PAS has insisted on sticking to PPBM. The Muafakat Nasional between Umno and PAS is also on the verge of collapse. After ousting Ahmad Faizal, the plotter and the collaborator are sure to share their gain. Umno is eyeing the MB post. What then does DAP want? How are the two parties going to explain to their respective supporters? - Tay Tian Yan, Sin Chew Daily 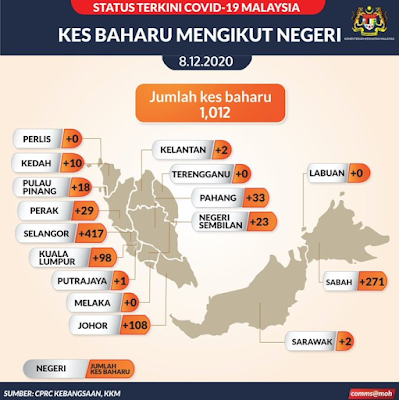 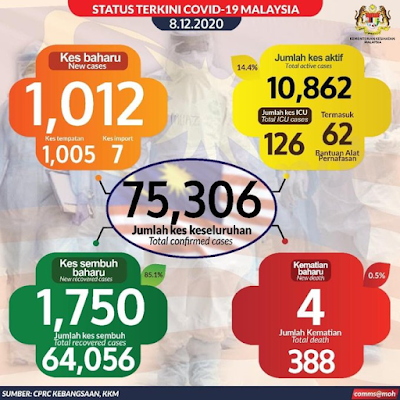