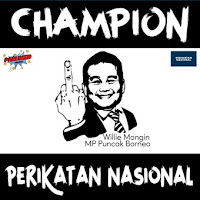 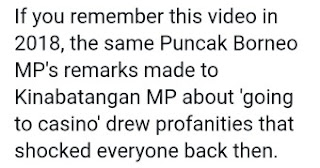 Now they are on the same team...
Perangai dua2 ekoq tak berubah2...
Azmin's coup planned as early as
October 2019, before Sheraton...
Recently, Azmin Ali has been trying to rewrite history to whitewash his reputation. Don’t be fooled. Azmin was the main architect of the failed coup in October 2019 which was the precursor to the Sheraton coup. Here are the facts for the record.
After Azmin was allegedly implicated in an infamous video scandal that went viral in June 2019, he tried to put together a coalition to deny Anwar Ibrahim his coveted premiership.
Azmin was aided by two other ring leaders: Hamzah Zainuddin and Hishammuddin Hussein. Hamzah brought 15 Umno MPs to defect to Bersatu in February 2019, depleting Umno’s 54 seats to 39. Hishammuddin Hussein was said to control 17 Umno MPs at the time.
Their plan in October 2019 was to engineer a Malay unity government with the addition of Hishammuddin’s group (17), Gabungan Parti Sarawak (GPS) (18) and PAS (18) to bring their numbers to 53, the exact number needed to replace Amanah (11) and DAP (42).
The Malay Dignity Congress on Oct 6, 2019, was organised by Hamzah Zainuddin, with Azmin and Hishammuddin running the back end. The subsequent attacks on DAP in the entire month of October were meant to make it untenable for Pakatan Harapan to stay together.
The primary objective of the plan to use the 53 from Hishammuddin’s group, GPS and PAS to replace DAP and Amanah’s 53, was to deprive Anwar the opportunity to be prime minister. Azmin believed that the moment DAP and Amanah were out of the equation, he would be able to control most of the PKR MPs, or that nobody would back Anwar as PM. 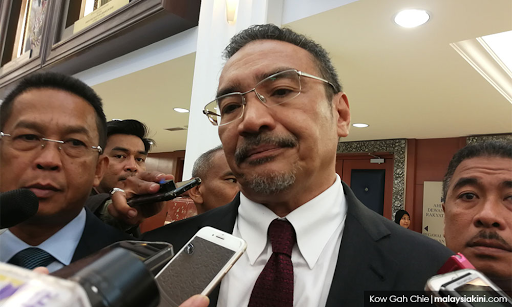 On Oct 14, 2019, New Straits Times(NST) published a front-page story of Hishammuddin’s grand idea of building a “Bangsa Malaysia” without DAP and Amanah. It was supposed to be the first salvo fired.
But at that time, Muhyiddin Yassin and Dr Mahathir Mohamad were not keen on such a move. Much as some of us were aware of the Azmin-Hamzah-Hishammudin plot, Azimin (PKR) and Hamzah (Bersatu) were then allies therefore we couldn’t name them. Hishammuddin’s NST article provided a rare chance to expose the plot and stop it.
On Oct 15, 2019, I managed to getHarapan secretary-general Saifuddin Abdullah to agree to sign a joint Majlis Setiausaha statement with the four Harapan secretaries-general: Hatta Ramli (Amanah), Saifuddin Nasution (PKR), Marzuki Yahya (then Bersatu) and Anthony Loke (DAP’s secretary-general is the member of Majlis Presiden while the de facto No. 2, national organising secretary is the leader in Majlis Setiausaha).
To this day I am still puzzled why Saifuddin Abdullah, who is closely associated with Azmin and played such a prominent role in the Sheraton coup, did not hesitate to sign the media statement denouncing the Hishammuddin-Azmin-Hamzah plan. Perhaps he was not privy to the plan at that time.
The Harapan statement was widely published in all major newspapers on Oct 15, 2019, exactly a year ago. I would say that we averted a coup of 53 (Hishammuddin’s group, GPS and PAS) replacing 53 (Amanah and DAP) on that day. 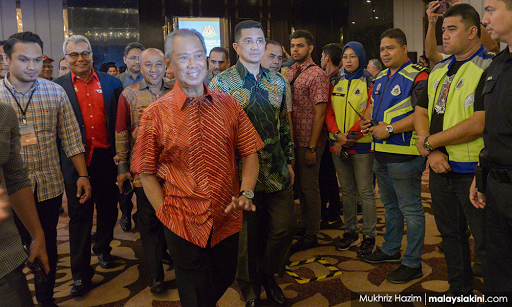 Unfortunately, Harapan failed to avert the next coup on Feb 23, 2020, when Muhyiddin endorsed the plan and Zahid brought the entire Umno bloc to the table and insisted that he was the sole representative speaking for Umno.
By February 2020, with Umno’s full number of 39 MPs on board, their plan was to kick out Anwar’s group in PKR, DAP and Amanah.
The coup plotters assumed that Shafie Apdal’s Warisan and Mahathir would be supportive, and the new Sheraton coup government would govern with at least 125, if not 130 seats. They were stunned when Mahathir and Shafie refused to be associated with the coup.
Since then, the Sheraton coup government could only govern with a majority less than the number of fingers on one hand.
As the nation continues to be affected by the Sheraton coup, more stories to whitewash the conspiracies would emerge. It is time for us to recognise and document what had actually happened. - Liew Chin Tong,mk 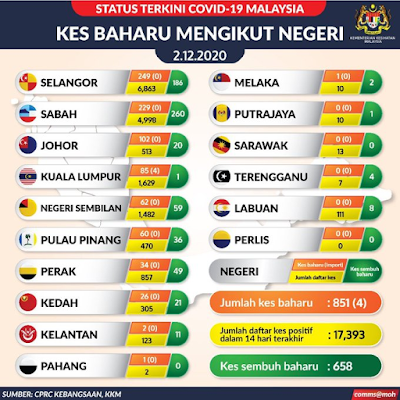 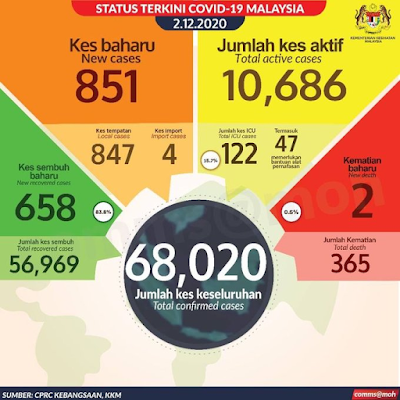