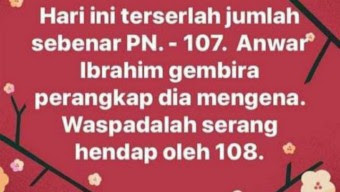 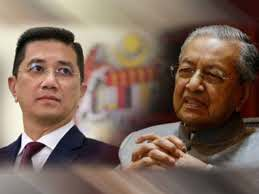 Why did Azmin did what he did ?...
Although they have parted ways following the formation of Perikatan Nasional , Datuk Seri Azmin Ali say he still love and respect his former boss Tun Mahathir Mohamad. But not his other former boss Datuk Seri Anwar Ibrahim whom he say is “a bitter person not only for me but for the whole nation”.
However in the same breath , Azmin went on to “reveal” that the idea to form Perikatan Nasional came from Mahathir himself as a way to make him ( Mahathir ) a prime minister supported by all MPs across all parties.
That is very much different from Mahathir’s version – one which the former prime minister has gone at length to explain many times. In fact he is still giving his side of the story . The salient points being Mahathir said he didn't want to work with corrupted Umno leaders , he was betrayed by people he trusted and he had to quit as prime minister as he had lost support of his own party Bersatu. There are many other things he said but I'll not go into it as it's already public knowledge now.
As for Azmin's “revelation “ (which is lengthy as well ) I'll just state here that among the things he said was statutory declarations from MPs across parties in support of Mahathir as prime minister were presented to the palace before Mahathir's unexpected resignation.  “We were then trying very hard to make sure that Mahathir would continue to serve as prime minister,” Azmin was quoted saying.
Malaysiakini in reporting the “revelation” made by Azmin correctly pointed out such a move “ was in contravention of the agreement that Mahathir had signed to hand over power to Anwar.” Azmin also spoke about a meeting at the residence of Mahathir at 4 pm on February 23  ( that’s how specified he was)  where Mahathir met presidents of Bersatu,  Umno, PAS, Warisan, GPS and himself who was then partyless after his “departure” from PKR. 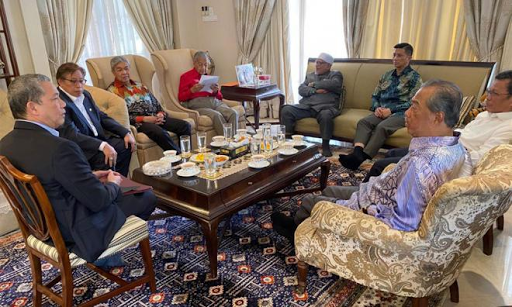 Azmin who is now in Bersatu ,also pointed to the Malay Dignity Congress on 6 Oct 2019 attended by many “prominent” Malay leaders except Anwar  - going on to ask  why Mahathir attended it  with Umno and PAS “if he was indeed against working with Umno ”.
Here's the thing. Many people ,not only in the political fraternity but among the general public as well ,have always “felt” the Pakatan Harapan government would not have collapsed had Mahathir not quit as prime minister. And detractors have always “believed” he had “something to do with the political  coup in February” .This despite his time and time again explanation.
And now we have this “revelation “ and as  veteran political writer Mohd Sayuti Omar sees it “ this so called expose by Azmin is shocking and could very well confirmed what many people have been saying all this while “.
But say Sayuti , the question now is why did Azmin do it ? “ Its as if this is deliberately brought up to rile up Pakatan Harapan in particular PKR as Azmin see Mahathir is not ready to give open support to Tan Sri Muhyiddin Yassin and the Perikatan Nasional government. Instead Mahathir is still leaning towards the opposition ,” say the political writer .
Some political observers opine its “surprising” that while Muhyididn have not or did not “touch” on Mahathir at all , Azmin somehow saw it fit to do so. Maybe the Bersatu president has left it to Azmin to take up the matter they say , and perhaps take the flak for doing so. Which Azmin is getting a lot now from many quarters particularly from Mahathir’s Pejuang and PKR .
Whatever the reason say one observer “ it showed that the Bersatu leadership still felt Mahathir footprints in Bersatu and wanted to dispel any blame on their part in in the events which forced Mahathir out of the party”. 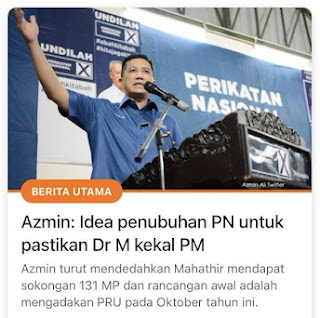 Incidently Azmin’s “revelation “ was made in a special interview with The Star newspaper which was published during Bersatu’s recent AGM where the party  among others , amended its constitution to abolish the chairman post. Need we be reminded the chairman post was held by Mahathir when he formed Bersatu.
Another political observer say the blame game by Azmin was clearly meant to make it look like Muhyididn was forced to lead Bersatu and the country ,that he had no choice as Mahathir had resigned . But Azmin went further by depicting Mahathir as the brains behind Perikatan Nasional when the “facts” all this while show Mahathir was against working with Umno en bloc.
Mahathir has been rather kind in his comments about Azmin especially in his role in the Sheraton Move  but say the political observer “ Mahathir may now rethink of his opinion about Azmin “.
As I write this Mahathir has not responded to the “revelations or allegations” if you like ,made by Azmin. Mahathir has said on record that he was open to working again with Muhyididn – subject to conditions and now political observers tells me  “  he may make Azmin a factor in those conditions”. - Mohsin Abdullah 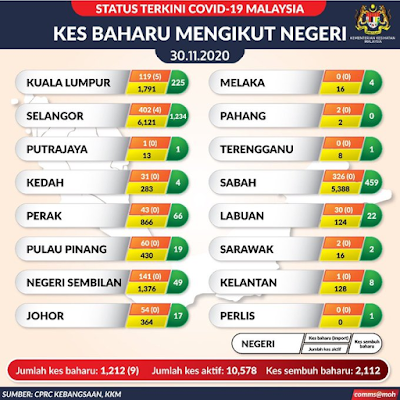 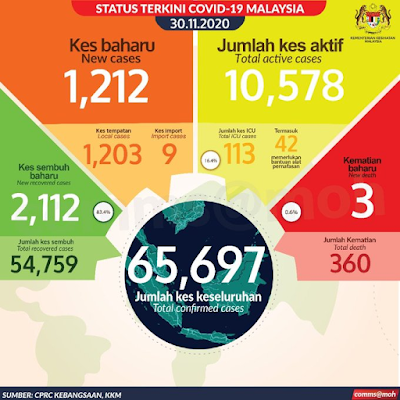