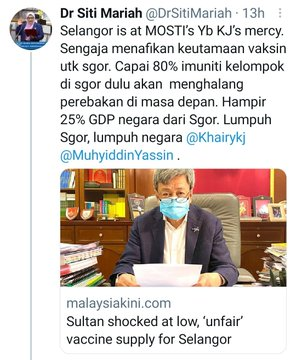 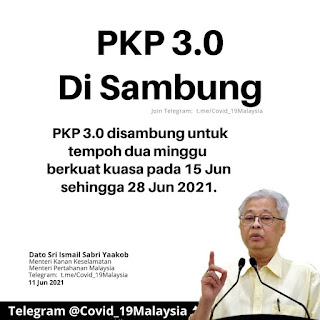 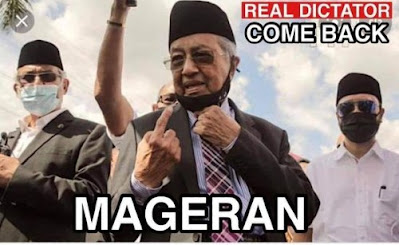 Dr Mahathir tawar diri
jadi "diktator" MAGERAN...
So Dr Mahathir is effectively saying the Darurat can continue indefinitely. Because that is what MAGERAN means - MAGERAN means Parliament is suspended. If there is a MAGERAN it means the country is ruled under Emergency Laws. Huh??
I say the MAGERAN in 1969 was the result of the Alliance (pre-tukar nama jadi BN) almost losing the general elections lah. There were racial riots. Now the BN is no more in power. The BN has been kicked out. There is no political crisis. There is only one crisis in the country now and that is an economic crisis. There is no political crisis. It is the economy lah.
The present state of confusion and chaos in the economy is the result of the Dasar Ekonomi Bebal that was crafted by Tun Razak and gang. So the circumstance are NOT the same between now and 1969.
So what is the difference between a MAGERAN and the present state of Emergency or Darurat that has been already proclaimed?  The big difference is this present Emergency is scheduled to end on August 1st which is only 50 days away. 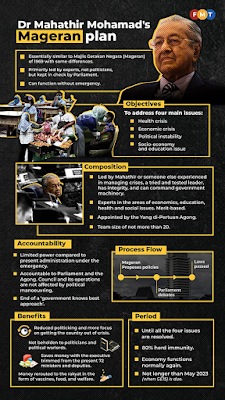 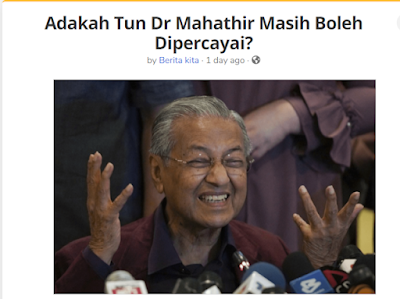 Dr Mahathir was given that most impossible of miracles - a second chance. And he blew it.
He spent 22 months of his second premiership wasting all our time, listening to the fools and the morons, pandering to the corrupt and the lame (all over  again) and coming up with the most insane stupidities (3rd national car, islamic axis with a turkey and a donkey. And all sorts of other crap.)
As a result he lost even By elections in a row.
As a result his own closest friends overthrew him.
As a result 93% of a largely Malay online poll today says they do not believe him anymore. 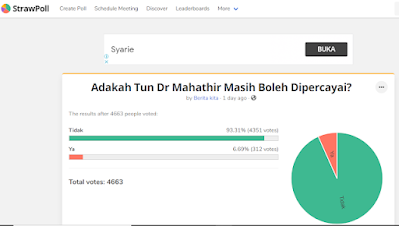 It is best for Dr Mahathir to just keep quiet and fade away quietly into the background. Go back to Kedah. Even before the Covid the service levels in Langkawi (at Mat Cincang, at the tourist spots, in the shops, in the government owned hotels was bad). The 'tidak apa' attitude has worsened - it has now gone to 'aku peduli apa' to 'mampus pi kat hang'.  This is the level of customer service.
The people are becoming more tensed up - they cannot handle things well.  If you do not understand what is customer service then how are you going to do well in business? Kalau tak tahu layan customer pun, habis nak bisnes kepala hotak apa? Sadly this is Dr Mahathir's legacy as well. - Syed Akbar Ali 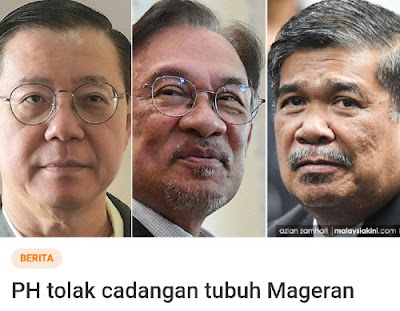 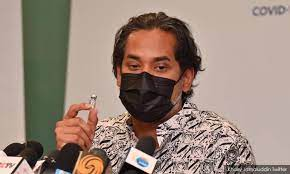 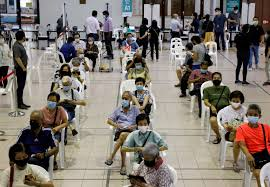 According to the special committee On Covid-19 vaccine supply, 4.1 million people have registered under Phase 2 with less than half or 1,92 million who have received at least the first dose. Phase 3 is intended for the general population that is aged 18 and above. Khairy had last month said Phase 3 may be delayed due to the low vaccine supply.
However, Khairy yesterday said Phase 4 will commence on June 16 - running concurrently with Phase 2 and even before Phase 3 begins.
"Clearly, Phase 2 is progressing too slowly, and yet the government wants to start with Phase 4 before completing Phase 2. "It is now clear that the government is not prioritising senior citizens under Phase 2 anymore," Khoo said.
Khairy had said he expected nearly 60 percent of senior citizens to at least receive their first Covid-19 vaccine dose by the middle of June. - mk 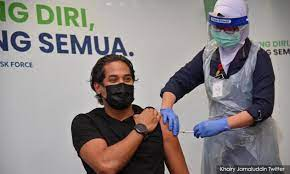 The more KJ tried to proof himself, the more mistakes he did. Many senior citizens are still waiting and few weeks after registration, the eligibility still a question mark in Mysejahtera! KJ, don't be too ambitious, focus on seniors then move according to age bracket since your app is not working at all! Also, now you have Helpdesk, is it really a Helpdesk?? Standard general answers were given as you can't handle all the enquiries! So, again it's a failure! Let's not complicate the issue, open the vaccination to all senior citizens without wasting our time to register in Mysejahtera which is frustrating to all. Also, don't waste further resource by trying to improve it, just accept it as a failure n move on. Please! - Sang mask bawah hidung
Absolutely right, they are so many senior citizens not vaccinated yet. Please get your priorities right KJ! Don't make the citizens age 50 and above get angrier.Most of them already fuming now despite registering since February 21 but still can't get any appointment yet. - Rotten Country 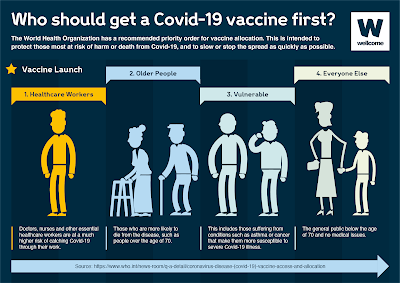 Who should be vaccinated first?
Science, technology and innovation minister Khairy Jamaluddin announced that 5,867 journalist hired by 144 registered media organizations in the country will get their vaccination appointments beginning Wednesday. This has come as a wonderful news for frontline journalists who are in the high risk group as they have to go out covering events and thus exposing themselves to infection risks.
Take for example there are some among the the 213 injured passengers in the late May LRT crash who were COVID-19 carriers, and this will put the reporters covering the news at tremendous risk of infection.
Talking about occupations, sure enough medical frontliners, policemen, government officials, elected representatives, media workers, teaching staff, mass transit workers, supermarket cashiers etc should all be prioritized when it comes to vaccination against the virus because they stand a very big risk of getting infected.
A WHO report pointed out that 80% of COVID-19 patients only have light or no symptoms while 50% are asymptomatic, meaning they might not themselves know that they have been infected until they go for screening tests. They may have spread the virus to many other people around them before their diagnosis has been confirmed.
One thing we need to know is that there is no direct correlation between the severity of cases and the quantity of virus in the body. In other words, a less serious and a very ill patient both have almost the same amount of virus in their body, unlike the SARS virus back in 2003. It was recently discovered in Taiwan that a patient showed more virus in the body even though his symptoms had subsided. 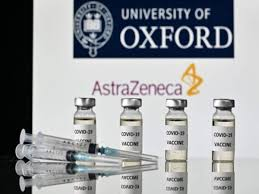 To break the chain of infection, we therefore need to protect those in the high risk groups and not to allow them to become virus carriers after being infected with the virus.
Where age is concerned, priority should be given to the protection of people aged 50 and above and those suffering from chronic illnesses such as high blood pressure, heart disease, diabetes, kidney problem, etc. because the mortality rate for this group of people is much higher than that of younger individuals.
According to a report conducted late last year, 85.4% of people dying from COVID-19 in this country were aged 60 and above. A recent COVID-19 death analysis in Taiwan showed that 89.1% of deaths involved people aged 60 and above, 81.7% of them suffering from chronic illnesses.
As such, the answer to the question who should be inoculated first couldn't have been more obvious now: high risk occupational groups and old age individuals suffering from chronic illnesses.
So far only 52.4% of Malaysians suitable for vaccination have completed their registration process, while only 13.5% of the targeted population needed to achieve herd immunity has received either one or both vaccine doses. 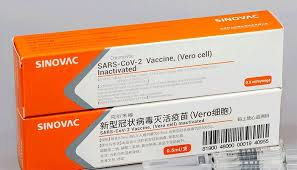 Minister Khairy has said that the immunization program will proceed as per schedule. Currently the second phase of immunization program involving senior citizens, disabled and individuals suffering from chronic illnesses, is still on-going. Khairy mentioned last week that the government will do its utmost to complete the immunization program to achieve the goal of herd immunity as instructed by the prime minister.
Based on the minister's earlier promise, there should be mass import of vaccines in June and July while thousands of private clinics and doctors will participate in the vaccination program in hope of reaching the goal of 200,000 doses administered per day by the end of July so that we can achieve the herd immunity target by end of November.
To encourage more Malaysians to go for vaccination, several organizations in KL have jointly introduced mobile vaccination trucks for the convenience of the people, especially in the rural areas with large percentage of old people whose children are working outstation and cannot come back due to the MCO travel ban.
We therefore urge the government, elected representatives, district councilors and local associations join hands to provide mobile vaccination services to address the needs of old people living in rural areas. - Sin Chew Daily 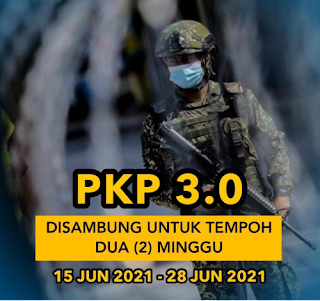 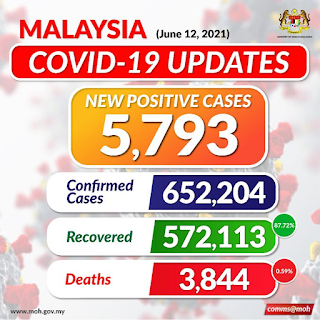