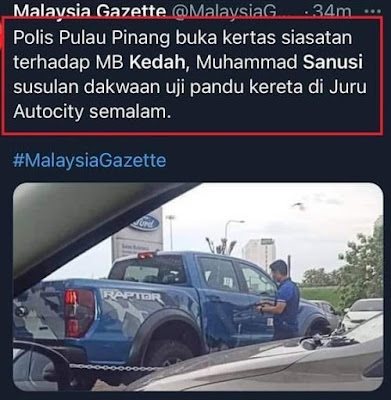 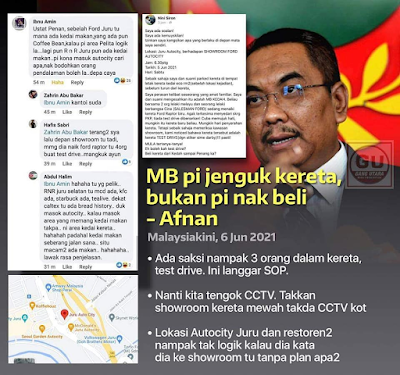 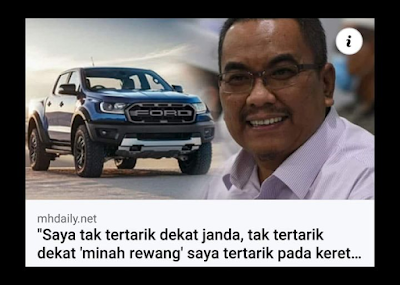 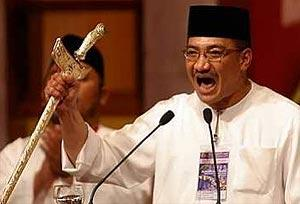 Committing Political Suicide...
The simple line graph below shows the trend in UMNO/BN's slide in popularity which actually began in 1994 - under Dr Mahathir's premiership. The vertical shows the number of Parliamentary seats versus General Election years (1994 to 2018).
Bear this in mind - the Chinese vote was always anti-BN. In any General Election hardly 25% of Chinese voters would vote for BN. Up to 2018 the Indian vote was largely pro-BN. So the steady and continuous swing away from UMNO/BN beginning 1994 to 2018 was in the Malay vote.  The Malay vote has moved away from UMNO/BN.
You can see that the super acceleration (in UMNO's unpopularity) started with the advent of Bodowi in 2004 and the Kleptocrat in 2009.  Well after 22 years of Dr Mahathir, the  people did have some 'Great Expectations' for Bodowi in 2004 where UMNO/BN won 198 seats. But the Bodowi crap hit the fan in no time and four years later in 2008 UMNO lost the 2/3 majority - for the first time. They got kicked out in 2018. They are not coming back.
When Bodowi lost the 2/3 majority in 2008 there were calls for a serious postmortem on why UMNO/BN lost. That postmortem was never done. As a result of which no changes were made to their policies. 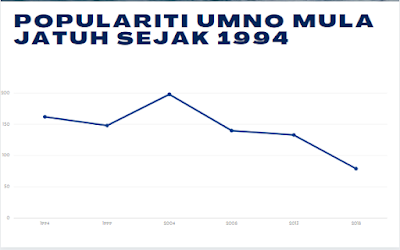 The Titanic just kept sailing straight into the darkness. Until 2018 when UMNO got kicked out. Then in 2018 the Titanic reappointed its very old captain - who still kept the Titanic on its doomed course. Again no changes were made in their policies.
22 months later in 2020 there was a mutiny and the Titanic got yet another captain, the former 2nd mate - who has not only maintained the Titanic on its doomed course but has actually increased the speed of the doomed ship. Our ship.
So from Dr Mahathir, to Bodowi, to Kleptocrat, to Dr Mahathir again, to Muhyiddin the Titanic has never changed course.  And they expect their popularity to go up??
How do you lose elections? You lose elections when the voters DO NOT VOTE FOR YOU. Why dont the voters vote for you? The voters will not vote for you when you do things that are wrong, stupid, outdated, useless, that do not benefit the people.
So today I want to share about something that happened throughout the Bodowi and Kleptocrat administrations - arresting people simply for saying things. 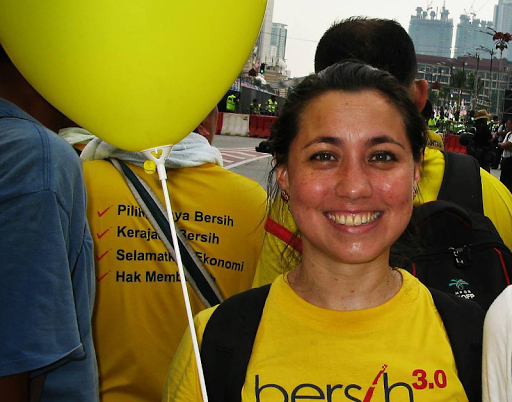 There was one particular case that sticks in my mind ie the arrest of that young girl who released yellow coloured balloons in some shopping complex. It was during the "yellow shirt" anti government  protests. She was charged in Court and fortunately the case got thrown out. It was obvious the government was using all its might to bully just one girl.  I believe UMNO/BN easily lost about 100,000 votes because of this one case alone.  That is how you lose elections - each time you do something that makes the voters unhappy, then you lose a few thousand votes here, a few thousand votes there, and finally you lose the elections.
Well since the Police are involved in arresting / detaining (whats the difference?) all these people they must be arresting them by the book, according to the Law. That is from the legal point of view - everything is done according to the Law. Fantastic. Very good.  But I can tell you  with certainty that the majority of the people in this country are not happy that these three people above have been arrested.  One person said 'Ini macam pun kena'.
No 1MDB money has been stolen, no forest reserve has been illegally logged, no sand has been illegally exported, no one has been caught in some sex video, no billion Ringgits of taxpayers' moneys have been stolen, no one has been killed or blown up with C4 explosives, no one has been kidnapped by a bunch of kidnappers in broad daylight, etc. Nothing of the sort.

These people have been detained, investigated etc for SPEAKING. They are opinionated people who like to share their thoughts publicly. But that is the point - they are just saying things.   And it is yet to be determined by a Court of Law if indeed they are guilty of what they are being detained or charged with.
I agree it may well be that a Court of law will find them guilty as per the Law. Fine. That is the due process of the Law. But rest assured that the people, especially the voters, do not like these types of prosecutions.  My gut feel tells me that cases like these will cost the Government thousands of votes.  A point in time will come when the Laws that make quite ordinary speech criminal will be abolished.
In this country, under the 22 months of the Pakatan Harapan government they made a public announcement that the Sedition Act would be abolished. They even said that pending going through the "formal process" in Parliament the Sedition Act would be "frozen" or placed on the shelf.  And  they did "freeze" it but only for a few weeks. The PH government never abolished the Sedition Act. That is one of the big reasons why the PH government lost SEVEN By Elections.
Now the PN government seems to be doing the same thing. Here is a question for the PN government - the previous UMNO/BN and the PH government did the same things and they got kicked out. Now you are doing the same things. So what do you think will NOT happen to you? -  Syed Akbar Ali 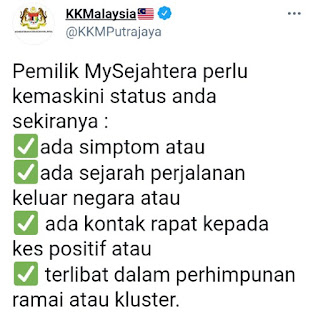 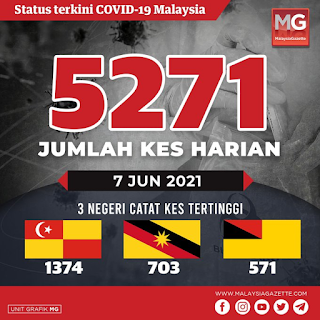