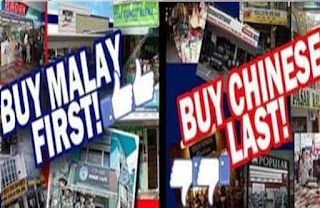 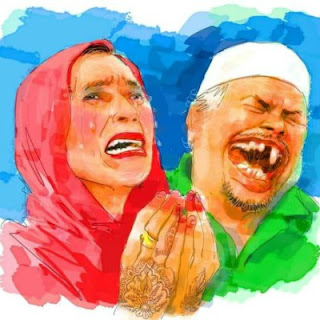 Umno and PAS have recently inked an agreement on Muslim grand unity with the forthright purpose of paving the way for the next general elections and reversing the downtrend of the two parties after GE14 by championing the so-called “Malay-Muslim dominance” and revisiting the unfulfillable “bumiputra political, economic and educational dominance agenda”.

Naturally, DAP which has been championing the “Malaysians' Malaysia” for so many years becomes their primary target of assault.

Judging from the actual political interests of both Umno and PAS, the latest development sums up the direct analysis of both parties' performances in the 2018 general elections.

The votes for Umno and PAS were diluted as a result of three-cornered fights, culminating in the thumping defeat of the BN coalition, with multiracial parties such as DAP and PKR bagging the biggest gains.

Instead of taking cue from the pluralistic Pan-Malaysian roadmap embraced by DAP and PKR, the Umno-PAS cooperation has been tailored to incite the sentiments of Malay-Muslims with the ultimate motive of capturing Putrajaya in the next GE. Such a strategy is not only unfavorable to the ruling PH coalition, but will also dash the hope of the country to make it into the league of developed nations.

It is not the first time Umno and PAS have worked together. The May 13 incident after the 1969 general elections gave the significantly bruised Alliance Party an excuse to declare a state of emergency, with the national security council taking over the Parliament. However, when the Parliament reopened after two years, Tun Abdul Razak took over Umno, and managed to rope in the support of PAS, Gerakan Rakyat and parties in East Malaysia to form a much stronger coalition, Barisan Nasional.

Before BN was toppled in 2018, the coalition had ruled continuously for 48 years, 22 of which under Mahathir's premiership. 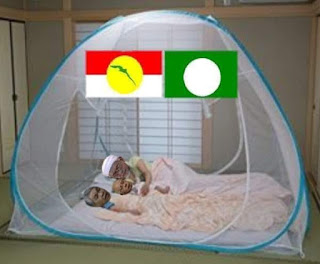 In 1970, Mahathir wrote to the nation's founding father Tunku Abdul Rahman, demanding him to resign. As a result, Mahathir was expelled from Umno, and his book The Malay Dilemma was banned.

Nevertheless, after Tun Razak took over as prime minister, Mahathir was brought back to the party. The ban on The Malay Dilemma was lifted after Mahathir became the country's fourth prime minister in 1980.

Political incidents do not take place by chance, and very often the elements of orchestrated plans and designs could not be ruled out. And such plans and designs have everything to do with the conspirator's inner thoughts and ideological affiliations. Up till this day there are still people questioning the mastermind behind the May 13 incident as well as his motives.

In the 1969 general elections, although the opposition parties managed to win more than half of all the votes, they didn't win enough seats to form a new government. Without PAS joining the subsequently formed BN coalition, the Malay supremacists would not have been able to press ahead with their racially exclusionist New Economic Policy.

The National Cooperation Charter between Umno and PAS today is nothing more than a clone of 1970, and should therefore not come as a big surprise to anyone.

The biggest reason for the establishment of the Umno-PAS dominated BN in 1979 was most evidently to safeguard the dominant rights of the Malays, while the readmitted MCA, along with newly admitted former opposition parties Gerakan Rakyat and East Malaysian parties, acted as “opposition within BN” -- minor roles thrown in just to dilute Umno's racist hue. As a matter of fact, Umno and PAS' nationalist president Asri Muda were instrumental in the sustained rule of Umno's Malay supremacist leaders.

Ironically, the most iconic leader of the Malay supremacists was none other than the chief commander of Pakatan Harapan today, Tun Dr Mahathir Mohamad, the author of Malay politico-economic dominance advocacy and racially exclusionist economic model. In an inconceivable way, leaders of parties which used to cherish pluralism such as PKR, DAP and Amanah, have somehow submitted themselves to him unconditionally.

Given Tun Mahathir's political inclination and style of leadership, we will see with much anticipation whether he will eventually bring PPBM, Umno and PAS together in a Malay-bumi-Muslim grand unity plan in a grand finale for his dazzling political life. 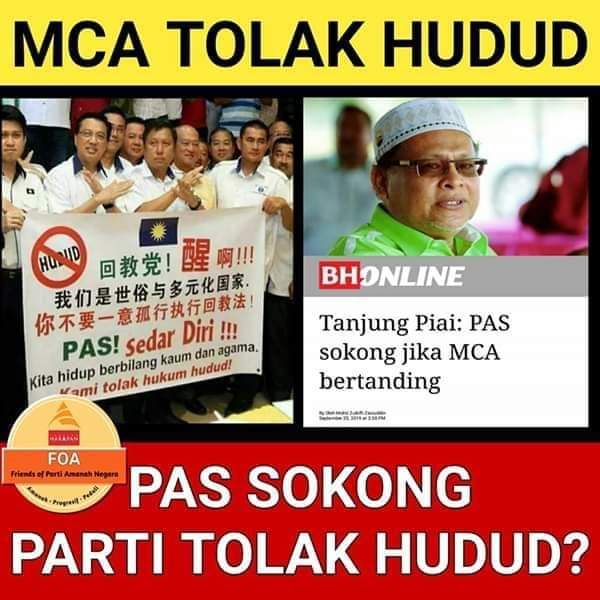 Majority of pluralistic parties in Malaysia are made up of minorities such as the Chinese and Indians. There are also many multiracial parties in Sabah, but they are not much more than small regional parties.

PKR is the only Malay-majority national multiracial party. Although DAP is a multiracial party dominated mostly by the Chinese and Indians, it has made significant breakthroughs in the Malay society as well as among the indigenous peoples of East Malaysia. The combined strength of these two parties, coupled with the potentials of Amanah, should make the Malay supremacists feel uneasy. It is therefore not surprising that PKR and DAP have become natural targets of Malay supremacists.

Non-Malay leaders on both sides of the political divide must develop their own positive policies instead of fighting among themselves while keeping mum on the racist hegemony of PPBM-Umno-PAS. Even if they eventually win, they are nothing more than community leaders or “tribal chiefs” as I would unapologetically put it.

The Tanjung Piai parliamentary by-election with its comparable Malay/Chinese voter populations, will be a litmus test for the Umno-PAS alliance. We will see whether it will break through its monoracial mentality and implement more flexible pluralistic strategies to woo the support of Chinese voters there.

In the meantime, even though the ruling PH coalition has made remarkable progress in battling corruption, its ambiguous educational policies, reversion to old Umno's bumi-first mentality, a sluggish economy and depressing commodity prices will all provide a unique opportunity for Tanjung Piai electorate to evaluate the government's performance.

It is believed that PH components will work hard to prove their worth, and render the Umno-PAS alliance irrelevant. - Boo Cheng Hau,mysinchew 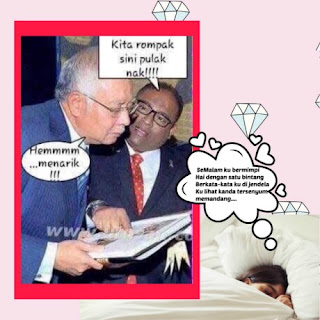 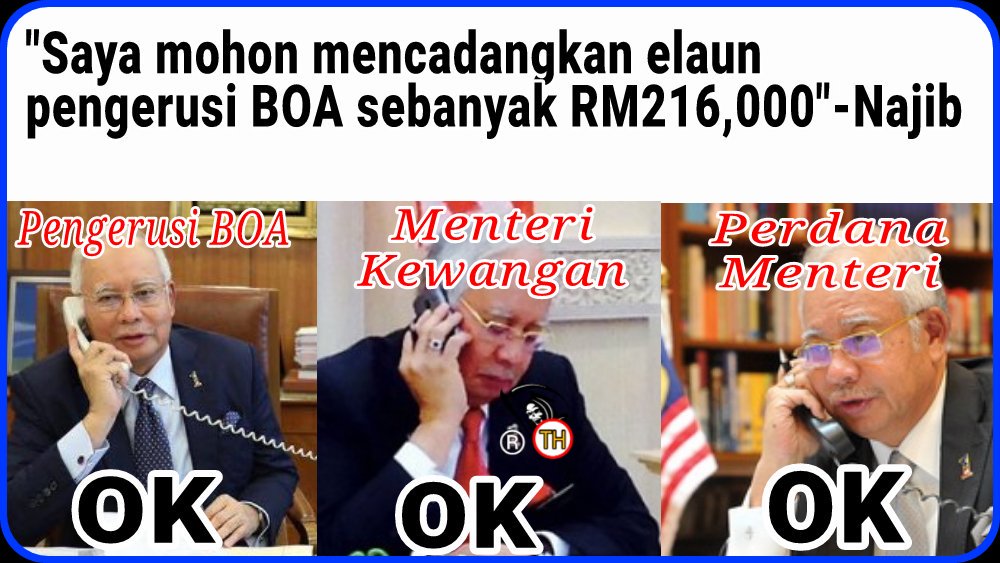 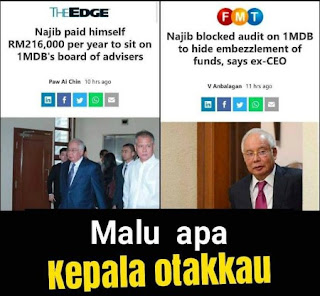 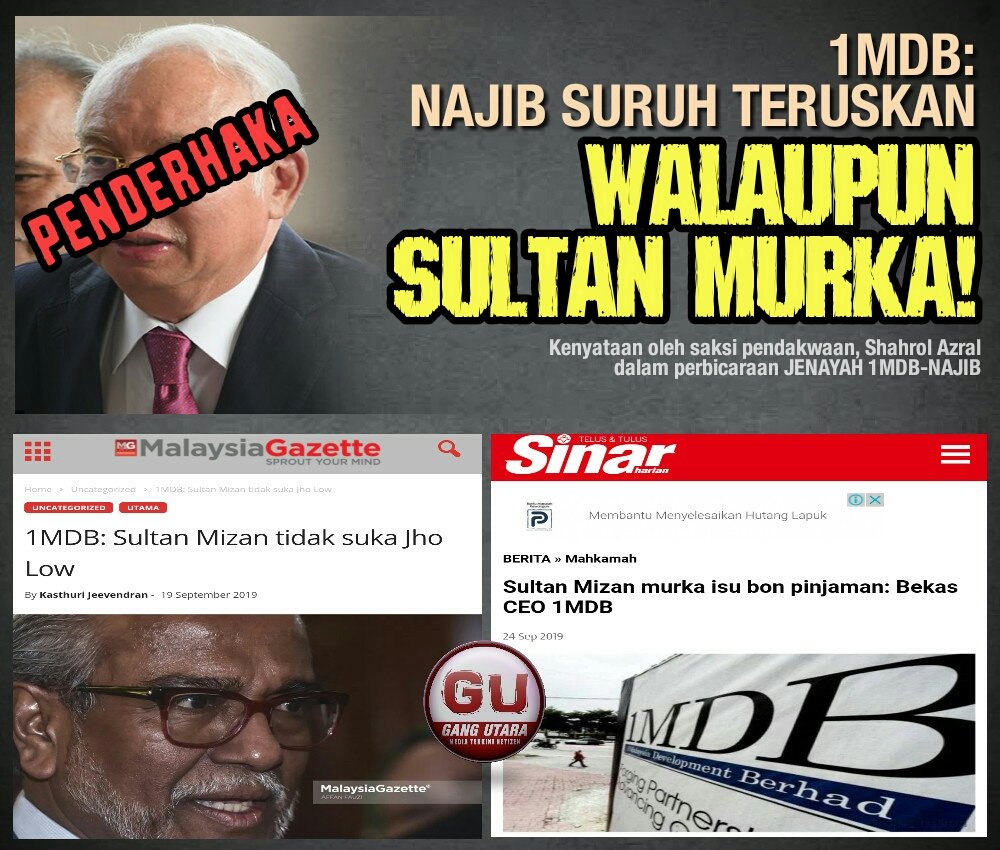 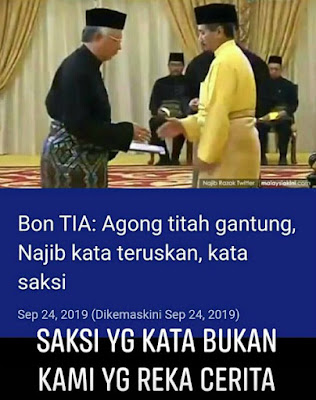