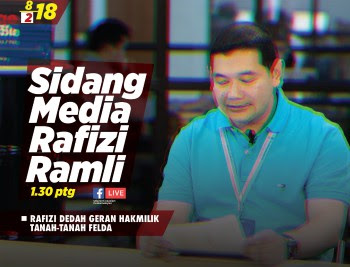 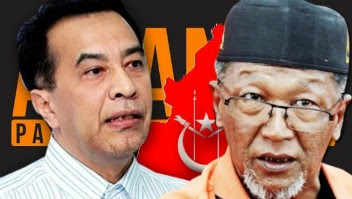 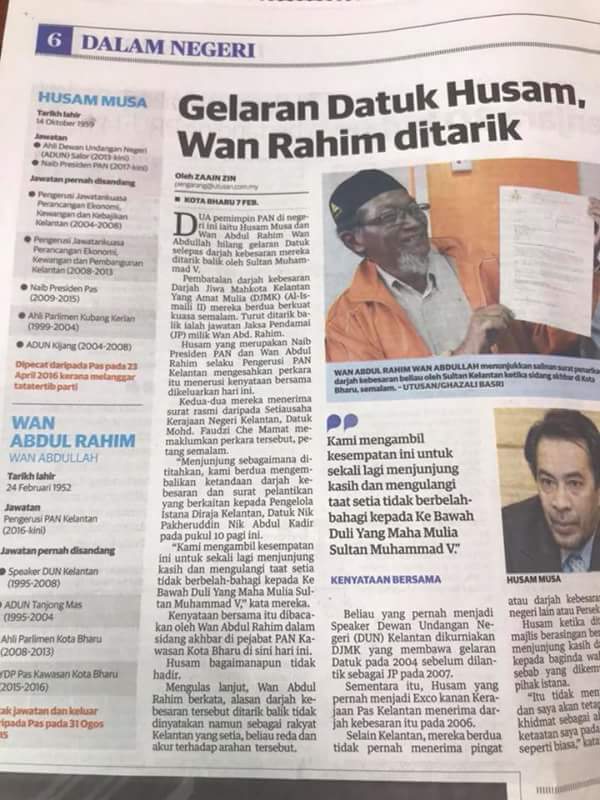 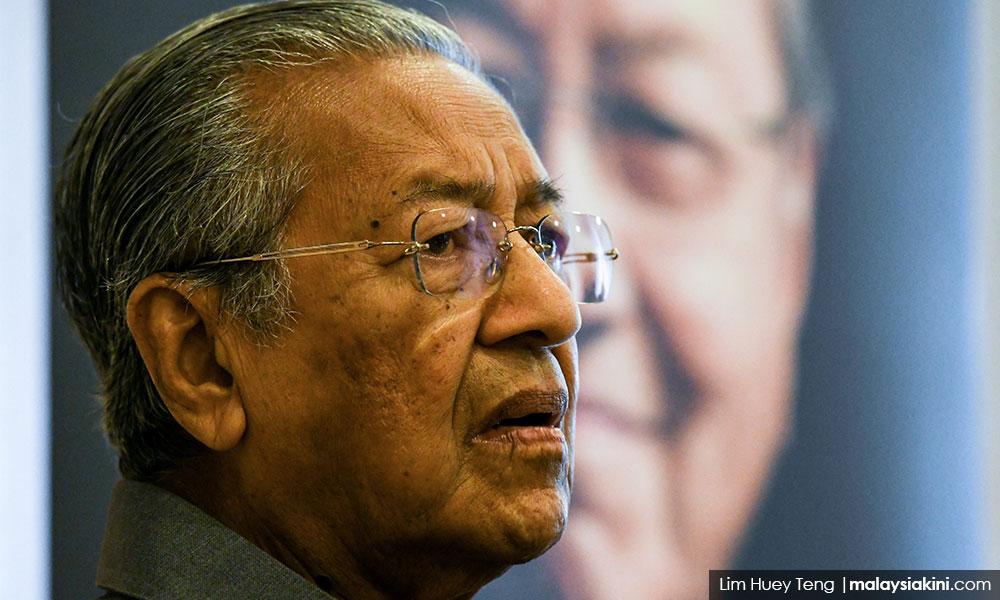 Titles do not maketh a man,deeds do. - VP Biden 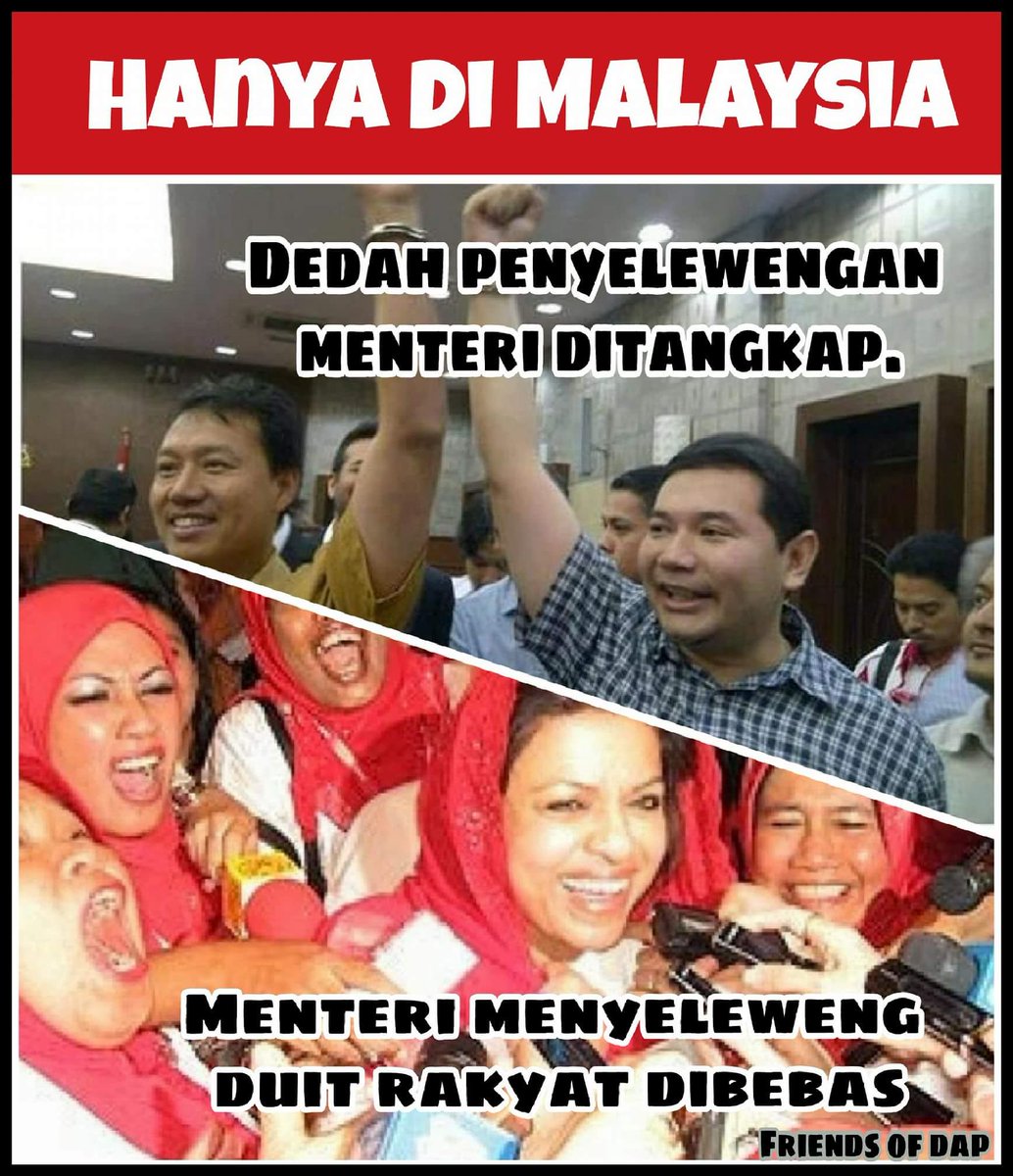 If not for the Strategic Director of PKR, Rafizi Ramli, and the whistleblowers within the NFC, none of the details of ministerial abuses of power would have been revealed. Yesterday, the authorities sentenced Rafizi for his exposes. He said, “I was sentenced to a two-and-half years’ prison sentence. Together with the one-and-a-half years’ prison sentence in the OSA case, I am now looking at four years in prison.

“I was accused of disclosing confidential banking information on Shahrizat Jalil’s family members and a few companies owned by them.

“I have 13 court cases currently running, but this is the first case that started it all.

“It was also the first public scandal that I exposed: the infamous cow and condos story, which we all know by now. Much of the RM250 million public money meant for poor farmers were eventually used to buy expensive condominiums and finance other businesses.”

Cowgate stands for the “National Feedlot Corporation (NFC) scandal”.  The NFC was controlled by the family of the former Minister for Women, Community and Family Development, Shahrizat Abdul Jalil.

Denying any knowledge of the NFC

Initially, Shahrizat claimed that she knew nothing about the NFC. When asked if she was a casualty of the NFC scandal, she replied: “I want to say one thing very clearly, that I really have nothing to do with NFC.

“But as a responsible member of the government, I feel the right thing for me to do is for me to step down graciously,” she said.

Why step down if you are not guilty?

How come, she is stepping down, if she claims to have nothing to do with the NFC scandal? Isn’t this admission of guilt? She also said that in her house, she did not know the activities which occupied her husband or children.

Only a blind, deaf and dumb spouse does not know what their other half gets up to. Also, most good mothers know what their children are doing. The rakyat was furious as were the farmers who should have received the money to start their satellite ranches. They suffered whilst Shahrizat’s family spent their money.

Shahrizat is a back door minister, who lost her seat in the 2008 election to the then newcomer Nurul Izzah Anwar. Former PM Abdullah Badawi took pity on her and retained her in his cabinet as a special advisor.

When Najib became PM, he made Shahrizat a Senator the day before announcing that she was to become a minister. Shahrizat’s term as senator expired on the 8th April 2012. Despite the  expose,  she stayed put until the end of her term.

The then DPM, Muhyiddin Yassin, had congratulated Shahrizat for making the bold and difficult decision for someone in her position and said, “This is a major sacrifice from someone who is leading a party (Umno) wing.”

How could Muhyiddin been so daft? She simply waited till her term expired, when she should resigned or been sacked. Shahrizat denied involvement in the NFC scandal. She clung onto her position, until the Umno-Baru  hierarchy decided to turn her into a sacrificial lamb, to save Umno-Baru, BN and the government.

Some BN politicians praised Shahrizat for relinquishing her ministerial post. They should  do much soul-searching and clarify what Shahrizat’s “major sacrifice” was?

Shahrizat misunderstands the meaning of sacrifice

Will the rakyat see justice? Will the money and interest be returned? Let’s show Shahrizat and Umno-Baru ministers what sacrifice is. It is the children who have to give up their schooling to help their disabled mothers, or their single parent to take care of the other mouths in the family.

It is the women who had to give up their education to take care of their children who were born when they were raped by the loggers in the Baram area of Sarawak. It is the grandmother who has to take care of her grandchildren, after her daughter and son-in-law died of HIV-Aids, because safe sex is not practised in many rural households.

It is the poor farmer who has to sell his daughter to help him pay for the seed and fertilizer to ensure his crops can grow. It is the Orang Asli and Indigenous People who relinquished their ancestral heartlands and their way of life for the greed of most politicians, not just Taib Mahmud, the former Chief Minister of Sarawak.

Malaysia has two sets of rules; one for us and another for the privileged lot, like Shahrizat and her colleagues. Can Shahrizat explain what happened to the RM250 million?

No wonder they sentenced Rafizi yesterday.  They did that to frighten other people from becoming whistleblowers. They jailed Rafizi to warn you to keep quiet. They jailed him to stop him from contesting in GE-14

So will you keep quiet?

NB: Shahrizat must have known about Rafizi’s jail term because she was hinting about contesting in GE-14 days earlier. Kick her out at GE-14.- Mariam Mokhtar

A guilty verdict with
outrageous intimidation...

I refer to the Malaysiakini report NFC saga: Rafizi, ex-bank clerk sentenced to 30 months' jail. The corrupted ones are let off the hook and set free while whistle-blowers are sent to jail. This is an outrageous and unfair treatment. This adage says it all – 'When exposing a crime or an allegation is treated as committing a crime, you are being ruled by criminals.'

Yes! Early Wednesday, Rafizi Ramli was slapped with a 30-month jail sentence by the court for merely exposing banking details - which led to the NFC scandal. Being a vocal politician from the opposite side of the political divide, he had to reveal what he knew about NFC to keep the rakyat posted on the on-goings at NFC.

Otherwise, nobody will bother and the matter will be swept under the carpet in full view of the rakyat. And for that, he was found guilty in the Shah Alam court for exposing the banking details of the National Feedlot Corporation (NFC).

This should be a non-commercial case which should be treated and handled as a normal civil case. This is not a capital crime. There was nothing “criminal” in nature. And, besides, there was no espionage or selling of company secrets to a foreign secret agent or spy.

Rafizi is like a watchdog on behalf of the taxpayers - checking how the NFC uses the taxpayers’ money. Since the entity is partly-run with taxpayers’ monies, the rakyat has the right to know how their accounts are handled.

In actual fact, the owners and operators of NFC are therefore answerable and accountable to the taxpayers, but, on the contrary, their dealings were made known only by Rafizi. And for this, he has been given a 30-month sentence for leakage of NFC's banking details.

Though he has voiced out loud and clear that he had nothing to do with NFC or neither did he use a single sen which belonged to NFC, yet the court sent him to jail for 30 months. This is outrageous and an act of intimidation.

You see, what he did was to let the rakyat know that money somewhere had allegedly been misused or for whatever other reason. Also he reckons that all hanky-panky business should be stopped. And all stolen money as alleged should be recovered and the crooks or culprits involved be brought to book and punished by the court of law.

As a matter of fact, in foreign nations, the government is fully responsible, obligated and dutiable to give them (whistle-blowers) 100 percent protection and safety for volunteering to reveal the truth and wrongdoings. Though it has to be proven true first, these whistle-blowers should be respected and given the protection for coming out as witnesses. Otherwise, nobody else would dare come out again in the future.

What happened to Rafizi was that he was back-stabbed for coming out with information on the banking details of the NFC. This is something meant to be addressed by the government and they should take it over the investigation from Rafizi. Instead he was “screwed up” and punished for coming out with the discovery. This can only take place in Bolehland.

The bottom line is the government should catch the crooks and culprits who are really responsible. And most importantly, get the court to set Rafizi free. - Anonymous 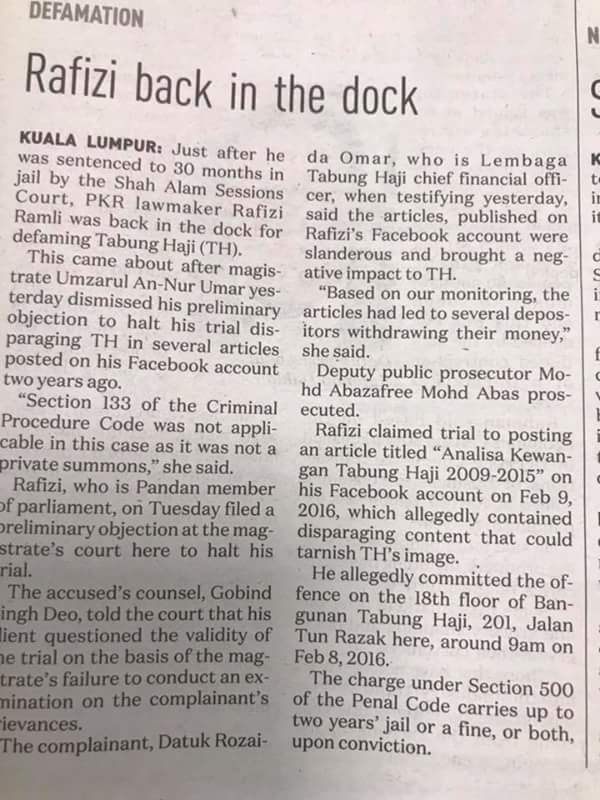 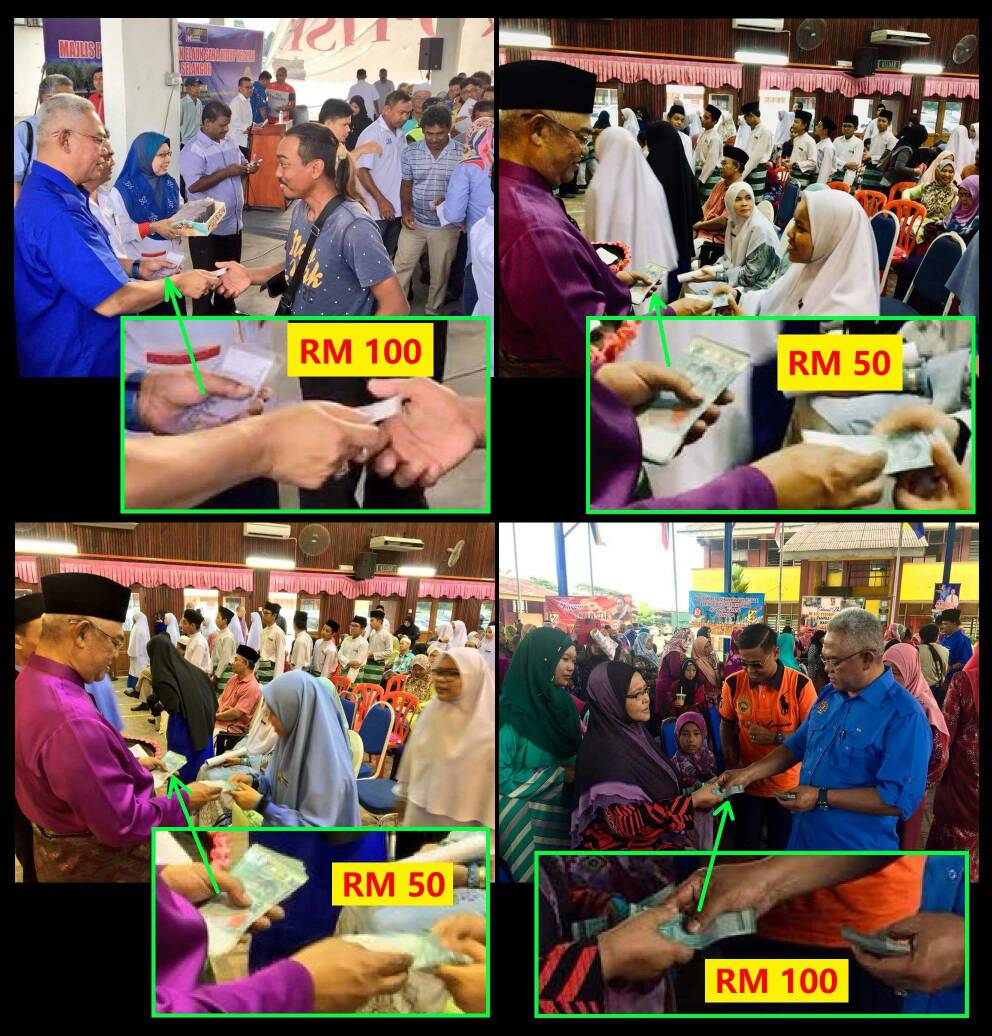 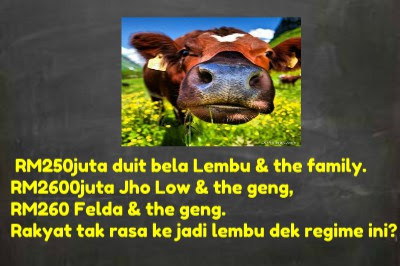 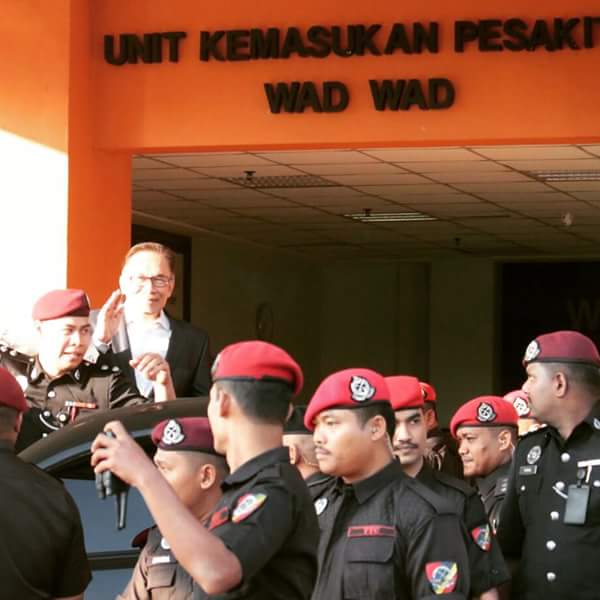