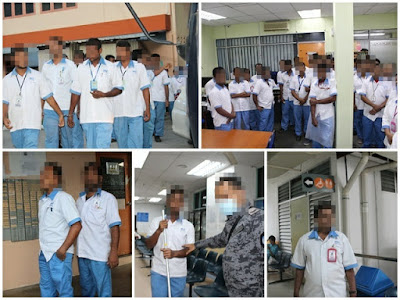 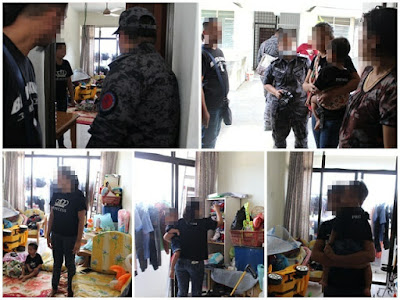 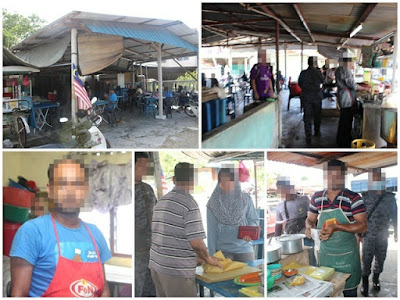 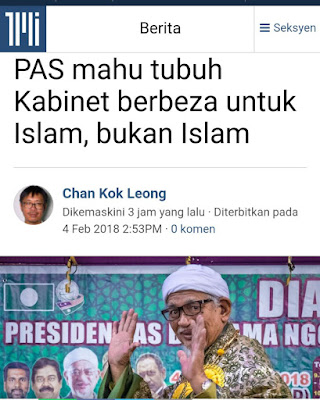 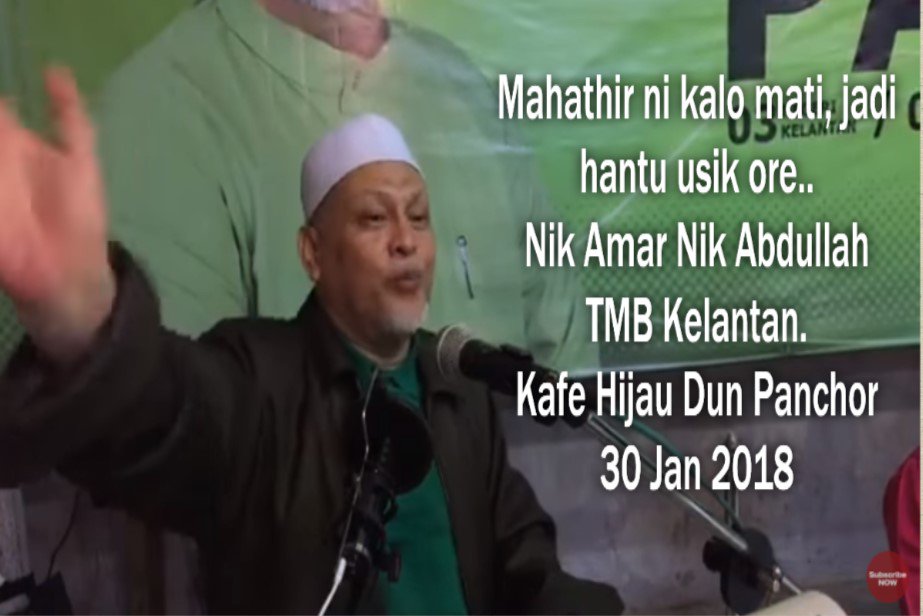 Selangor seat spat -
everyone wants to be a YB...

What is it that I’ve just read? Two senior leaders of Pakatan Harapan in Selangor are not on talking terms. If this is really true as reported, it shows just how childish and pathetic some of our politicians are. They do not want to talk to each other and would surely want to avoid seeing each other if possible.

Imagine if one is appointed the menteri besar and the other deputy menteri besar. What kind of an administration can Selangorians expect when their MB and deputy MB refuse to have eye contact with each other even at cabinet meetings?

Once political differences turn into personal hostility, we can expect negative elements like sabotage, chaos and irresponsibility to occur. Selangor Harapan had better be wary about what is coming its way.

Let me relate a true account of such an awkward relationship between two top politicians in days gone by. 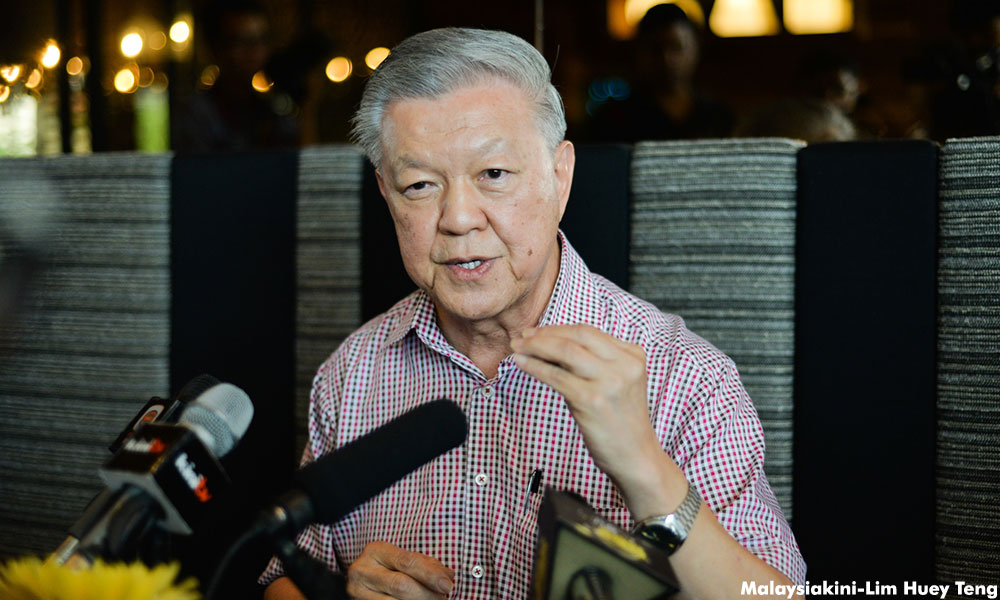 I attended one MCA Press Night at the time when Ong Tee Keat was party president. His deputy was Dr Chua Soi Lek (photo). When the event started and most of the top MCA leaders were on hand to entertain their guests, Chua was conspicuously absent.

An hour or so later, I caught Chua outside the hall chatting with journalists. I approached him to say hi, but couldn’t help remarking to the good doctor, “Didn’t see you inside the whole night”. Chua replied coyly, “Oh, the party president is handling the show well. No need for me to go in lah.”

That evening, no one saw Ong and Chua together at all. Later, I learned that Chua slipped in quietly, made his presence felt among the press corps and then slipped out as quietly as he came in. When two key party leaders share a mutual dislike for each other for whatever reason, expect the going for the party to take a turn for the worse.

Look at the MCA today – a “7-11” party. Once the second largest BN party, MCA today is smaller than a convenience store.

I agree with political analyst Dr Maszlee Malik who noted that people were disappointed with the public bickering among Harapan leaders in Selangor over seat negotiations, and some have even lost faith in the federal opposition pact's ability to lead Putrajaya. 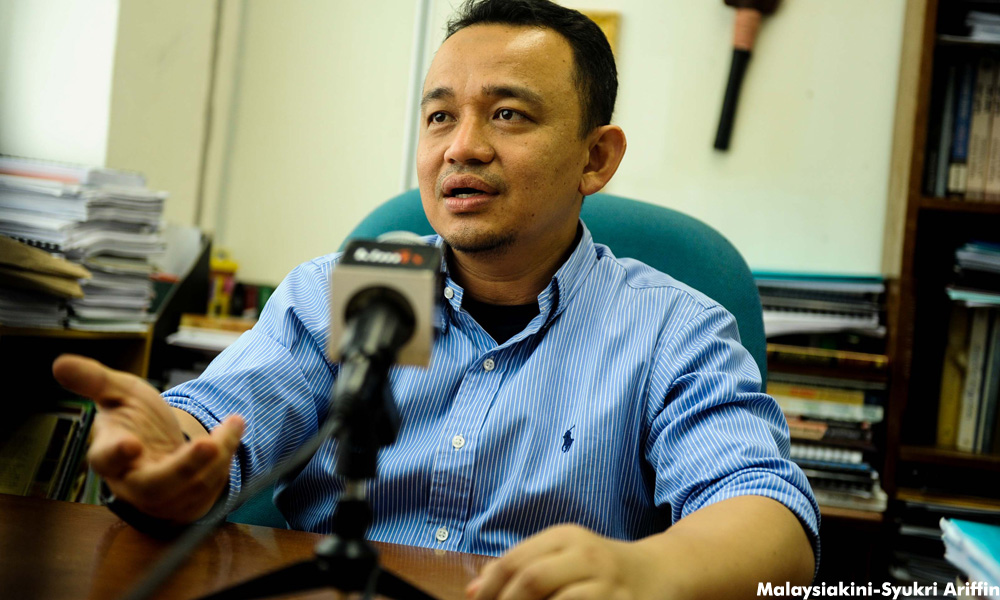 Maszlee (photo) was the moderator at a forum organised by several youth organisations with Dr Mahathir Mohamad on Saturday. Yes, people are fed up with politicians or parties they support when they are involved in public spats among themselves.

The expectations of Harapan supporters are understandably high. They want change and they expect those offering themselves as leaders to work together and get the job done. Sadly, Harapan leaders in Selangor do not live up to their expectations.

It is reliably learnt that the quarrel is over seat allocations in the state - the 15 seats currently held by PAS in particular. Now that PAS is no longer with the opposition coalition, PKR and Amanah are jostling over who should get the lion’s share of the PAS seats.

It’s true that everyone wants to be a YB, and be a somebody. Let’s be honest about that. This is what the public bickering is all about. 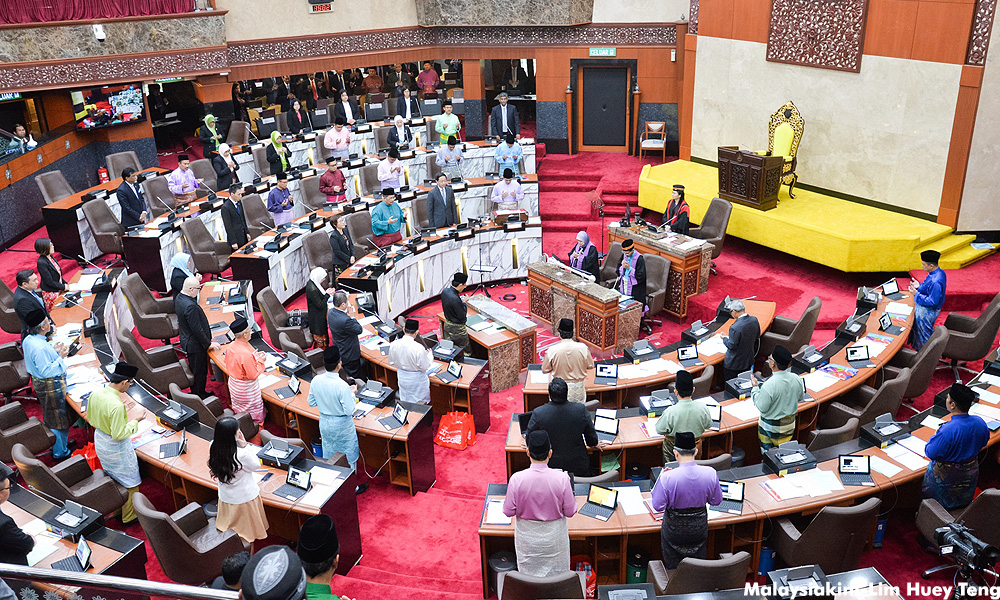 If I were a Harapan leader in Selangor, I would be urging my colleagues to plan strategies on how to win the 12 seats currently held by Umno in the state. This should take priority, not the PAS seats. There are only 56 seats in the Selangor Legislative Assembly. Even if there are 560 seats, it would still be insufficient to whet the political appetite of all four parties in Pakatan Harapan.

Why? I say it again – everyone wants to be a YB! There are just too many people salivating to be candidates and fighting for a limited number of seats. And this is what irks the people, resulting in them getting very disappointed and disillusioned with Harapan leaders.

Finally, Selangor Menteri Besar Mohd Azmin Ali has to come out saying that the seat dispute could be “resolved amicably within the Harapan family.” This should have been done right from the start, without all the unnecessary public bickering in the first place.

This turn of events over the past week or so has also revealed the identities of the players within the two warring camps in Selangor Harapan. It’s now obvious that Azmin has well-connected enemies from within, perhaps more than from outside. His position as MB is hanging on a thread, made worse by a brother who is also planning to gun him down.

When a state leader has to fight enemies from all four corners, do not expect him to be in the right frame of mind to make wise decisions. He has to make sure now that all his supporters are entrenched on his side, and that means ensuring that they are up there with him. He needs them to be in position of power too to ensure his own political survival.

This could be a major factor for the public feuding within Selangor Harapan of late. It reminds us of how easily cheap politics can ruin essential reform. - Francis Paul Siah,mk 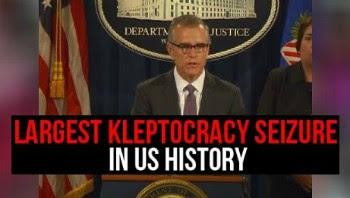 Folks, recall about 6 months ago...

The FBI and the US Dept of Justice told a US District Court that they are stopping the civil suit in the matter of 1MDB, MO1, the step son and others and wish to pursue a criminal case.
The US District Court allowed the DOJ's application  but told them to report back on their progress in 6 months.

That 6 months is due soon, as early as February 8th, 2018 ie next Thurs (or maybe later in early March).

So when the hearing continues again, the Court will hear the results of the FBI's criminal  investigations and make a decision if the case shall continue as a criminal proceeding or revert back to the civil suit.

It is not likely that the FBI / DOJ will be unable to prove their case for criminal proceedings - if that is what they wish to do. As I have stated before these kampong boys have left an evidence and document trail wider than the hippo's butt.

Here is a refresher video...

It is also likely that in a criminal case, there will be no more use of anonymous acronyms like MO1. Imagine MO1's identity being confirmed in a US District Court hearing about corruption, kleptocracy and thievery? The elections are around the corner.

Imagine MOI's butt lickers running around KL checking out the backdoor exits for every Indian thosai shop,  every Starbucks,  shopping malls, the Batu Caves Temple etc.  Just in case MO1 has to exit in a hurry to avoid the Press.

So now, at last there is a case for the thieves to answer in a Malaysian Court.

This case is really embarrassing for the Malaysian AG as well as the SPRM.

The AG said there was no case to answer over 1MDB.

What is the SPRM doing?  Well for one thing the SPRM Boss just married "that woman". Have you all seen those wedding pictures? 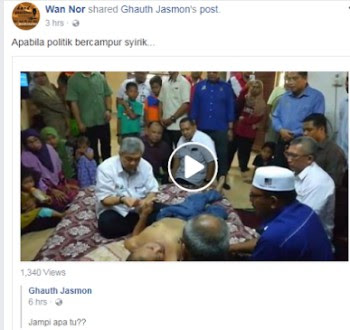 The above has gone viral via WhatsApp. It is a screen grab from someone's Facebook (Ghauth Jasmon??) page. There is a video there (above) showing Zahid Hamidi performing some weird bomoh type rituals over an obviously sick person.

There are a few points to note here.

1. This is UMNO, PAS's real strength.  The Malays in the kampongs, cities, factories, universities, banks, corporate suites etc still believe in jampi, jin, jembalang, bomohs, dukuns and politicians pretending to be bomohs. (Yes my Malay friends, I am talking about you.)  You are not alone - plenty Chinese, Indians believe in the same, but not to the same extent.

- This is the Twiligt Zone.
- The One Step Beyond.
- The DMZ or demilitarised zone where you do not use brains.

Zahid Hamidi is manipulating simple folks. All for the vote. The sick person never got any better after Zahid Hamidi's hocus pocus.

3. This is the realm of shirik and khurafat. Shirik means polytheism. Khurafat means hocus pocus (or close to it).  What is the Jabatan Agama doing?  If I were to do the same thing, you can rest assured the nearest Jabatan Agama will swing into action. For cutting into their market share?

This is the 21st century. Plenty of people in our country are already screwed. High income nation, modern society, educated citizens ?? Not going to happen. This society will remain ignorant and poor. It has already become a joke. - ostb 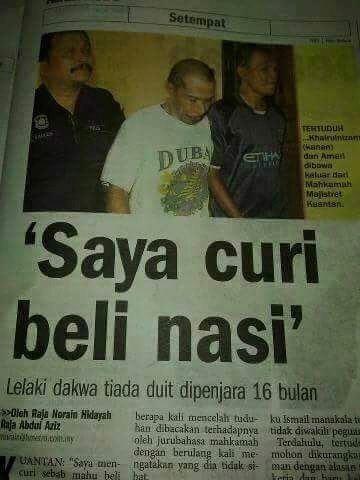 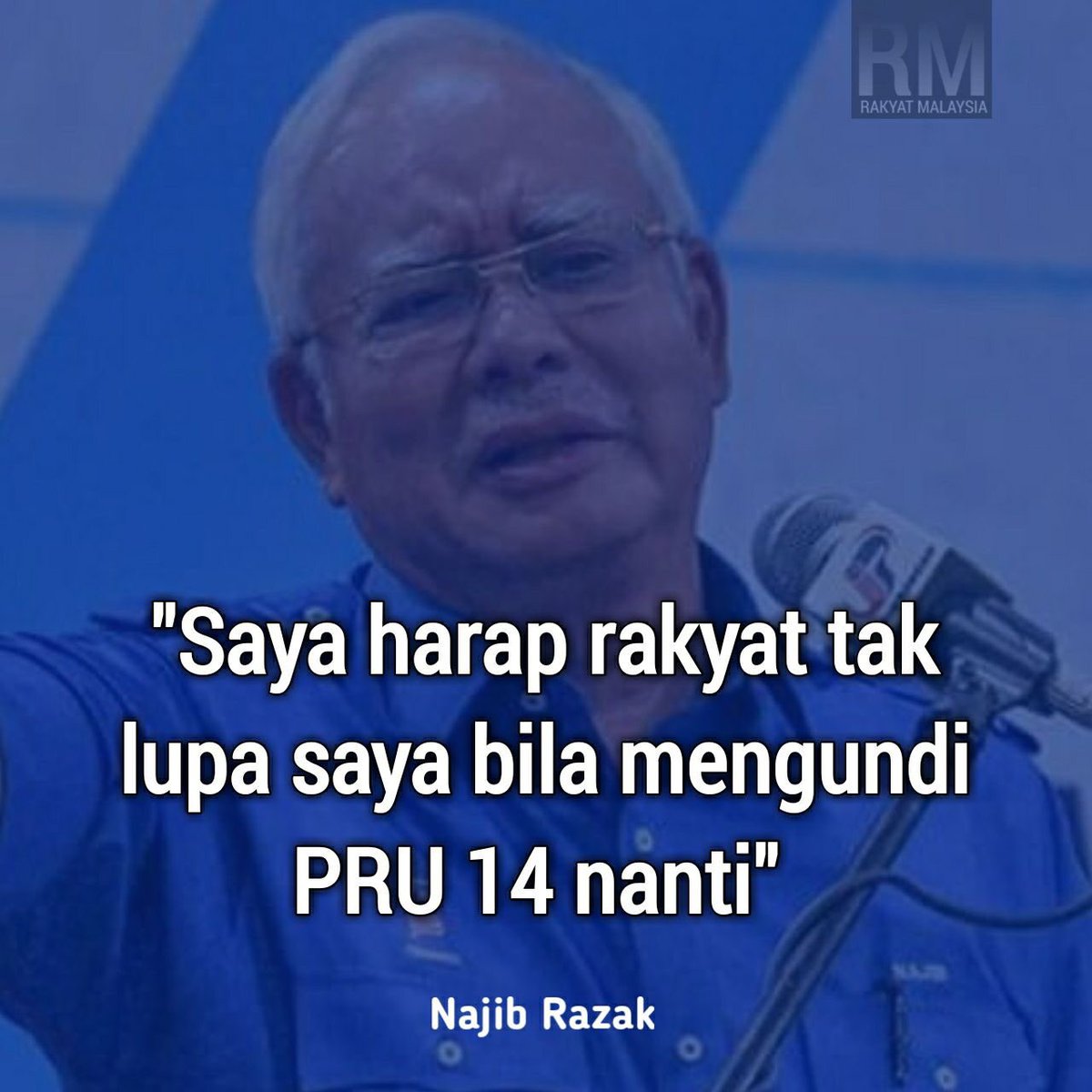 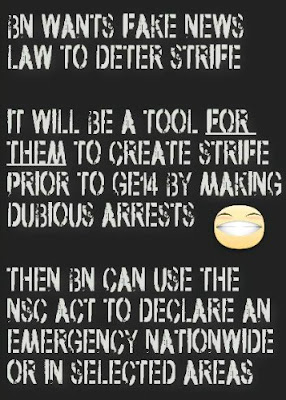