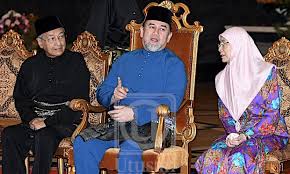 Why Anwar must win in Port Dickson...

I was delighted to be asked to speak in Lukut last night in support of Anwar Ibrahim. Unfortunately, there were just too many VVIPs speakers which left no time for a free agent like me. Still, this is what I would have said, in case you want to know.

The last time I shared the same platform as Anwar Ibrahim during a political campaign was eight years ago, in Hulu Selangor.

There, I was the candidate for the parliamentary by-election and Anwar was campaigning for me. He did me the honour of promoting me as the candidate although I was just a rookie in PKR. I am grateful for that. Unfortunately, I lost by 1,750 votes to the combined forces of Najib Razak and Dr Mahathir Mohamad. In those days, it was okay for cash to be king, and Felda voters gave everything to Najib in appreciation for his millions.

I am here to lend support to Anwar. This election is a continuation of the people’s victory on May 9. We need to win this one so that there will be continuation of the reformasi movement in the country. We need to get rid of corrupt leaders, for sure, and this process has started. But corruption and abuse of power are not the only threat to our country. Equally dangerous is the racist and hate politics that have been adopted by PAS and Umno in their political struggle.

PAS uses religion to hide its racist policies. This is the party whose candidate in Port Dickson declares that Liew Chin Tong from DAP should not have been appointed deputy defence minister because he is not “qualified” – a disguised attack because he is not a Malay and a Muslim. This is the party whose president believes that only Muslims should be top leaders of this country. In Indonesia, such a racist party and its candidate would not be allowed to contest in an election. The candidate would be disqualified by the Election Commission (EC) immediately. Unfortunately, here the EC is powerless to do the same.


PAS is a threat to the security and stability of the country, yet we allow it to contest in an election. The Registrar of Societies should have deregistered PAS years ago because it misrepresented itself to the people, saying it is synonymous with Islam. Its leaders manage to hoodwink the people into thinking that Islam and their politics are the same. Their leaders openly reject a multicultural Malaysia, they reject democracy, they reject Muslims who do not look like them, and of course they reject non-Muslims too. In these circumstances, I appeal to the voters in Port Dickson to make sure PAS is defeated

I support Anwar because he will not allow this country to be run on racial and religious lines. His party is multiracial and multi-religious. This is our guarantee that he will not deviate from his original struggles. He has strong Islamic credentials that will allow him, together with more progressive Muslim leaders like Mujahid Yusof Rawa and others, to deal with PAS. If we as a country lose this battle against PAS, we will lose our way of life and our democracy. Anwar is the best person we have to defeat PAS, and we must start this journey in Port Dickson.

In addition, Anwar will be a different kind of prime minister. I believe he will take better care of the “small people”, based on his fight against poverty and for the downtrodden in his younger days. Anwar menang, Port Dickson dan Malaysia senang. That’s why I urge Port Dickson voters to come out and vote for Anwar: send the message that our work was not finished on May 9, and what this country needs to move forward is a concerted effort from everyone.

I am gratified to note that DAP leaders, in particular Gobind Singh, have come out strongly in support of Anwar as the next prime minister, although Mat Sabu and Amanah are keeping quiet on this issue. Maybe they do not want to upset the current prime minister in case their position in the Cabinet is affected. Fully understandable, but unacceptable nonetheless.

Next week, Anwar will be sworn in by the speaker as a member of Parliament. To many Anwar supporters in the country, this will be a day to rejoice. But I want to caution them: becoming a Pakatan Harapan backbencher would be the start of misery for Anwar.

Anwar needs to be made deputy prime minister immediately, not left to languish in Parliament as another ordinary MP. The world would look askance at Malaysia having someone touted as the future prime minister sitting on the back bench. What will he do and how long will he sit there before he becomes prime minister? 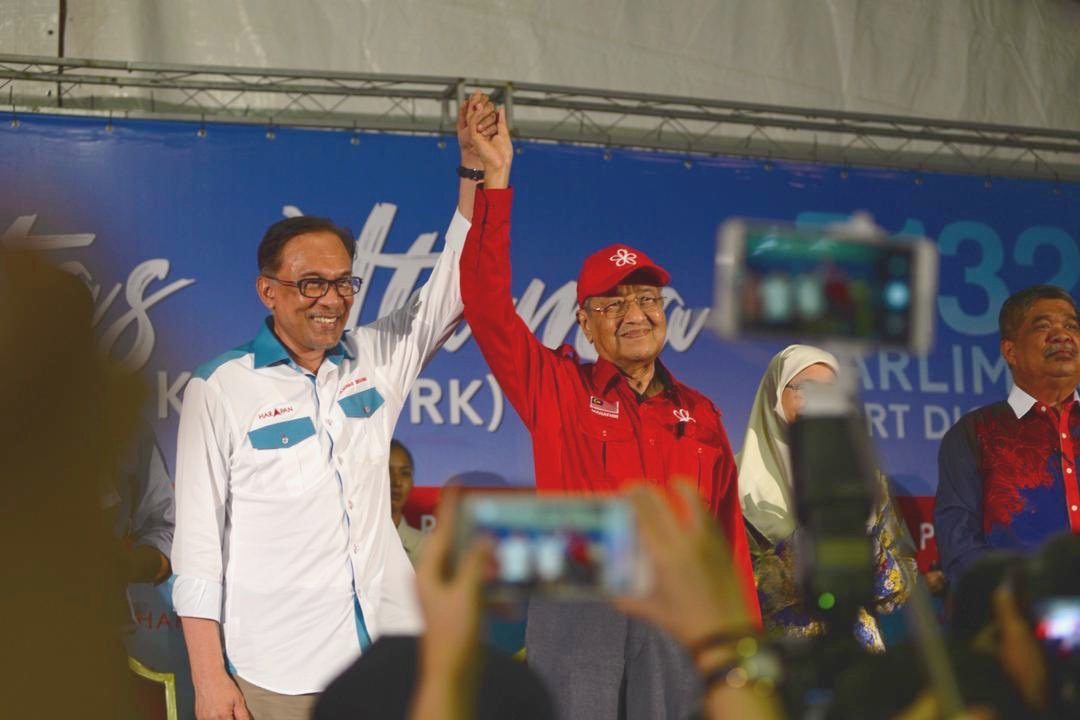 Has there ever been a prime minister who was not a deputy first? No. If we are serious and sincere about Anwar becoming the prime minister, then we need to have him in place as deputy so that he can start learning to work with the prime minister again. Given their history, it will not be easy for either, but they have to start now. The country needs certainty and no more infighting between factions. The people want the succession issue resolved. They want the machinery of government moving in top gear.

If we are sincere about Anwar becoming prime minister, we need to ensure that he has the respect and acceptance of all Cabinet members, MPs and the world. He will not get that just by being proclaimed as the prime minister-in-waiting. Anwar needs the deputy prime minister’s position before he can get the cooperation and respect of Cabinet members.

What will he do as a member of Parliament? He has no position in Parliament right now. He can ask questions about bills and policies, and the ministers will give a proper answer if they know he is really the next prime minister. If Anwar wants to develop Port Dickson as a tourist attraction, or seeks to help Kelantan in its perennial flood problems, what does he do? He appeals to the minister concerned who will probably refer the matter to the some eminent person or the prime minister. Then what? His life will be miserable because he becomes a post box.

No one can govern by “moral authority”. No one becomes prime minister by the grace of his friends, and a few in the Cabinet are not even friends of Anwar. He becomes prime minister only because he has enough support in Parliament. If he has, then why not make him a deputy now ? If he does not have the numbers, then spare him the misery of calling him “prime minister-in-waiting”. Keep that description away until the PH leadership is ready to name him as prime minister.

My message to Port Dickson voters is simple. You must vote for Anwar because we need a clear succession plan. Our country has too many problems to be resolved, and we cannot afford anymore leadership infighting. We must not allow a PAS-Umno tie-up which would be disastrous for the country. For that, we need Anwar as our deputy prime minister next week. That way, he can immediately strengthen the current Cabinet, and he can start doing proper work to prepare him to be prime minister. If we are serious about him becoming the prime minister, this is what we must do. - Zaid Ibrahim,fmt 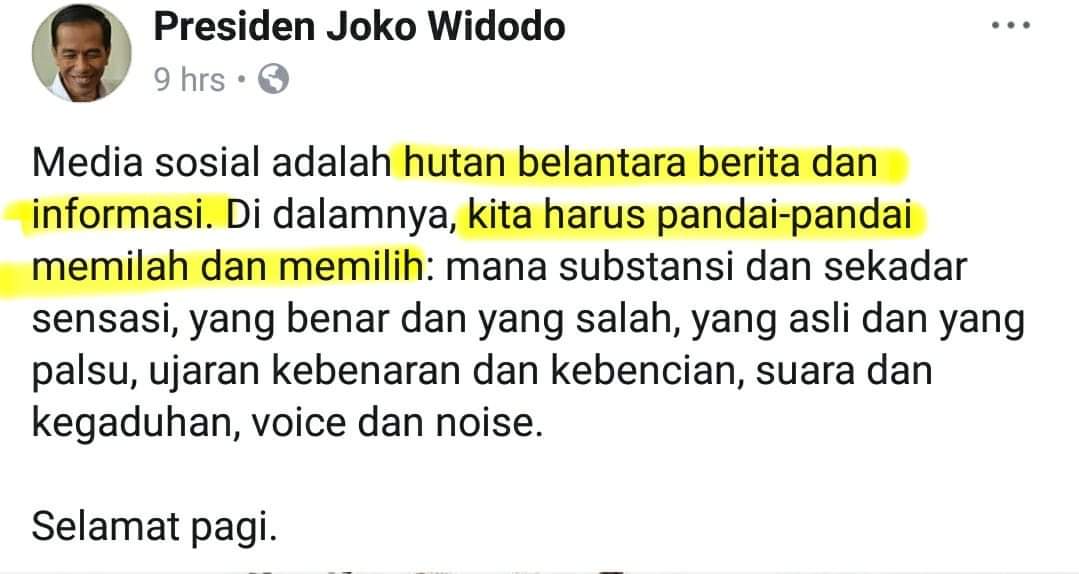 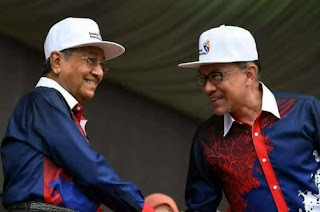