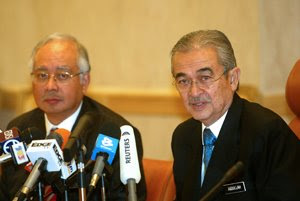 Prime Minister Abdullah Ahmad Badawi revealed that the government forks out RM6 million a year for rental and maintenance works for his official residence, Seri Perdana, in Putrajaya. According to a parliamentary written reply, RM4,149,000 is paid as rental to Putrajaya Holdings while the remaining RM1,896,616 is spent for maintenance works.

The government is also paying RM3.4 million (RM2,273,888 for rental and RM1,129,992 for maintenance) for Seri Satria, the deputy premier’s official residence. The reply stated that rentals is paid on a quarterly basis to Putrajaya Holdings, which is the master developer of the federal administrative capital. 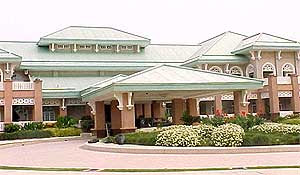 The gomen spend at least RM9,400,000 per annum on housing just 2 Ministers ie. the Prime Minister and the Deputy Prime Minister according to this malaysiakini article above.

So between the two of them, the nation has to fork out almost RM783,000 each month. Don't you think that's a ludicrously high amount to splurge on housing? I suppose the money is paid to Putrajaya Holdings that is owned by the gomen and which is not making any profits.

The gomen has to allocate funds to them to operate gomen owned properties, otherwise they will not be able to maintain and operate all the white elephants in Putrajaya. There are many gomen buildings in KL, so why must move to Putrajaya? Now do you all get an idea when Najib tell us to "Change your Lifestyle".

i think i have paid enough tax for the petrol now. good haven, they are taxing us >30%!!!

let us all stop paying tax!!!

Yipi kiyaye motther fucker..that's all I can say...to Mr Clean and Najis...couldn't imaging when Big Mama Rosmah Michelin Mascot goes into Sri Perdana in March2009..would it be another fucking millions of ringgit of our tax money will be gone with the wind...